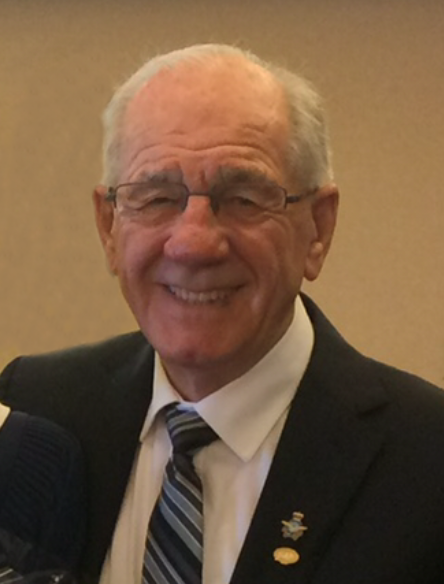 With heavy hearts, the family of JR "Reg" McLean, husband of the late Elizabeth “Betty” (Butler) McLean, announce his passing, which occurred on Friday, May 22, 2020 at Rocmaura Nursing Home. Born September 10, 1936, in Cassilis, NB, he was a son of the late Howard and Marie (Burns) McLean.

Upon graduating from St. Malachy’s High School, Reg served in the Royal Canadian Air Force before departing to work for the Bank of Nova Scotia in Alberta. He returned home to New Brunswick where he held numerous positions at the Irving Oil Refinery, retiring as Co-Manager of Operations. Following his retirement, he consulted with several oil refineries throughout the United States.

Reg was a loving and devoted father and husband. He spent a lot of time at the camp cherishing his family and loved talking about his grandchildren. Reg enjoyed reading and listening to music. He was a member of the Knights of Columbus, and an active member of the Tuesday Night Boys basketball group for over 40 years.

The family would like to thank the staff of Rocmaura Nursing Home for their care and friendship. Your kindness will not be forgotten.

Family and friends are invited to a time of visitation on Wednesday, August 5, 2020 from 2 to 4 and 6 to 8 pm. Guests are asked to enter the funeral home using the courtyard entrance, where staff will greet and assist you with COVID-19 protocol. A Mass of Christian Burial will be celebrated from Holy Redeemer Parish, 316 Somerset Street, Saint John, on Thursday, August 6, 2020 at 11 am with physical distancing measures in place. Arrangements are under the care of Brenan’s Funeral Home, 111 Paradise Row, Saint John (634-7424). www.BrenansFH.com.For those who wish, remembrances to the Canadian Cancer Society or the Rocmaura Foundation would be appreciated by the family. Please place online condolences and remembrances at www.BrenansFH.com.