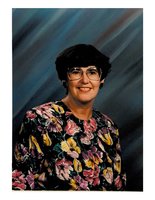 It is with great sadness, that the family of Joan Gass announces her passing on April 2nd 2021 at the Saint John Regional Hospital. Joan passed while surrounded by her immediate and extended family, following a period of illness.

Joan was remarkably proud of her family. She always looked forward to spending dinners with Sean and his family every Sunday and nightly phone calls with Trudy and her family. Joan was not easily won over but once she was she was fiercely loyal, loving and protective.

The loving wife of Paul Gass, Joan Mary Gass (Quinn) was born May 10th, 1942 to the late Florence Mary Washburn and Ivan Victor Quinn. Joan grew up in Blackville NB and was a graduate of Blackville Rural High School. Joan went on to attend New Brunswick Teachers College, earning her Teaching Certificate and later attained her Bachelor of Education from the University of New Brunswick. Joan’s dedication to the teaching profession never wavered. Joan’s career spanned 35 years with stops in Doaktown and St. Stephen before settling down in Saint John. She was admired by her students and their families. Always a loyal supporter of her students, recognizing most by name,  Joan often stopped them for a chat and a check-in when she saw them in town, even years after her retirement. Joan and her family spent many summers camping at Grand Lake. A pastime that later included trips with her grandchildren that created a lifetime of memories. This pastime extended into their retirement. Joan and Paul found a second family at IBE in Florida, where they eventually bought a winter home. Often seen riding her three-wheeler throughout the community with Paul at her side or having a glass of wine on the patio. Joan a loving wife, mother, grandmother and friend whose memory will live on in all who met her.

Arrangements are under the care and direction of Brenan’s Funeral Home, 111 Paradise Row, Saint John, NB (634-7424). A private family service and interment is being held. In lieu of flowers, donations can be made to the IWK Children’s Hospital