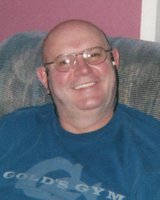 With appreciation for a life well-lived, and gratitude for a lifetime of memories, the family of Brian Vincent Vicars announces his passing, which occurred on Monday, May 3, 2021 at the Saint John Regional Hospital. Born in Saint John on September 27, 1954, he was a son of the late Cecil and Susan (Picco) Vicars.

Brian worked for approximately 25 years with Lantic Sugar Refinery as a machine operator. He enjoyed spending time with his family at the camp on Douglas Lake, sitting around the campfire in the evenings and having a good laugh. He liked fishing in his free time, playing cards with friends, working on his carpentry skills, and tinkering around the house.

In addition to his parents, Brian was predeceased by a son Mark; and siblings: Elizabeth, Maureen, Cecil and William.

Arrangements are under the care of Brenan’s Funeral Home, 111 Paradise Row, Saint John, NB (634-7424). In keeping with Brian’s wishes, no funeral services will be held. Instead his urn will be returned home to keep an eye on things. For those who wish, remembrances may be made to a charity of the donor’s choice.