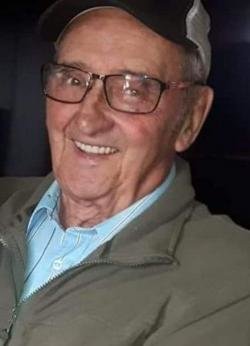 It is with heavy hearts that the family of David Leroy Hamilton announces his passing, which occurred peacefully at home, surrounded by his family, on Sunday, February 04, 2018. Born in Saint John, NB, he was a son of the late Richard and Stella (Byers) Hamilton. David is survived by his son Daniel and his wife, Mandy, and their children James, Christina, and Jessica Hamilton; daughter Irene and her children William and Samantha; son David and his son Kyle; grandchildren Irene, Chelsea, and Bobbi-Jo, as well as many great-grandchildren. Aside from his parents, he was predeceased by his brother Donald Hamilton; sister Irene Ring, children Brian and Robert Hamilton; first wife Geraldine Arbeau and second wife Audrey Verner Resting at Brenan’s Funeral Home, 111 Paradise Row, Saint John, NB (634-7424) there will be no visitation. A funeral service will be held on Thursday, February 8, 2018 at 10:00 AM in the Brenan’s Chapel. For those who wish, donations may be made to the Saint John SPCA or to a charity of the donor’s choice. Online condolences may be made at www.BrenansFH.com