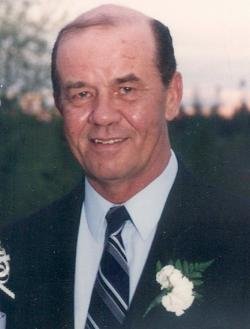 The peaceful passing of Ralph Craig, husband of the late Barbara Anne (Tippett) Craig, occurred on Sunday, February 4, 2018 at Bobby’s Hospice. Born November 8, 1941 in Saint John, he was a son of the late Ralph Daniel and Louise Bertha (Hanson) Craig. Ralph coached the Alpines in the Moosehead Oldtimers Hockey League from 1984 to present. He was a man of many talents, and was a self-employed handyman before and after his work at Saint John Shipbuilding. He could fix absolutely anything, and the words "I can’t" did not exist in his vocabulary, as there was no challenge too big. He was proud to be called "Papa" by many, and was an avid pet lover who will be missed by his shih tzu, Nelson. Ralph will be lovingly remembered by his children: Shawn (Jennifer), Julie-Anne MacFarlane, Danny, and Tara Crossman (Carl); grandchildren: Codi, Katherine, Courtney, Daniel, Emily, Charlotte, Jacob, Meghan, Austin, Wyatt, Olivia, and Barbara; great-grandchild, Lily Rose; sisters: Marie McKelvie and Anne Reynolds; and several nieces, nephews, and cousins. Besides his parents and his wife, Barbara, he was predeceased by his two brothers and his sister. Resting at Brenan’s Funeral Home, 111 Paradise Row, Saint John (634-7424), with visiting on Thursday, February 8, 2018 from 2 to 4 and 6 to 8 pm. A Tribute to a Veteran Service will be at 7 pm, during visiting. A funeral service will be held on Friday, February 9, 2018 at 2 pm from Brenan’s Funeral Home Chapel. Remembrances made to Bobby’s Hospice would be appreciated by his family. www.brenansfh.com.

Share Your Memory of
Ralph
Upload Your Memory View All Memories
Be the first to upload a memory!