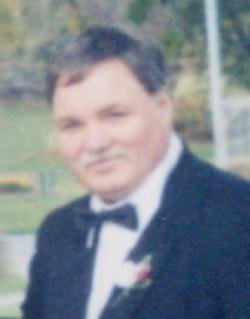 It is with heavy hearts that the family of Paul Edward Capson, loving wife of Denise Capson, announce his peaceful passing on Wednesday, February 7, 2018 at the Saint John Regional Hospital. Born in Saint John on June 15, 1954, he was a son of the late Fred and Lois (Tracy) Capson. In his earlier years, Paul drove for many taxi companies as well as driving for Armour Transport where he achieved the award for driving a million miles. Paul will be missed by his wife, Denise; sons: Tony Capson, Paul Devenne, Jordan MacAulay and Shawn Garland; daughters, Natasha Ackerson and Michelle MacAulay; step-son, Scott MacAulay; step-daughter, Cynthia MacAulay; siblings, Robert (Lynn) Capson and Rose Marie Capson; as well as several grandchildren, nieces and nephews. In addition to his parents, Paul was predeceased by his sister, Elsie Avery. Resting at Brenan’s Funeral Home, 111 Paradise Row, Saint John (634-7424) with visiting on Sunday, February 11, 2018 from 12-2 PM and 3-5 PM. There will be no funeral service as per the family’s wishes. For those who wish, remembrances may be made to Parkland in the Valley Shannex.

Share Your Memory of
Paul
Upload Your Memory View All Memories
Be the first to upload a memory!