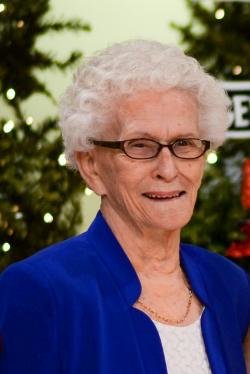 It is with heavy hearts the family of Dorothy Mae (Christie) DeBortoli, announce her passing on February 18, 2018 at the Church of St. John and St. Stephen Home. Born in Framingham, Mass. on January 29, 1928 she was a daughter of the late William and Muriel (Carr) Christie. Dorothy was devoted to her family and especially loved spending time with her grandchildren. She will be greatly missed by her children: Eleanor Crowell (James) and Giuliano DeBortoli (Kimberly); grandchildren: Claudette Battilana (Scott), Tony Battilana, Roy Morrell, Doug Pearce, Michael Wood, Kimberly Wood, Krista Wood, Michelle Crowell (Rua), Paula Crowell, Karen Crowell (Darren), Giuliano DeBortoli (Tori), Samantha Howe (Marcus) and Sydney DeBortoli; seventeen great-grandchildren and six great-great-grandchildren; sister, Marlene Gratto; special niece Darlene Rooney (James) as well as many nieces, nephews and cousins. In addition to her parents she was predeceased by her daughters: Carol Pearce and Melody DeBortoli; son, James Wood; grandson, Jackie Pearce and brother-in-law, Robert Gratto. Dorothy’s family would like to thank all the staff at the Church of St. John and Stephen Home for the wonderful care their mother received during her stay and especially the respect shown during her final days. It meant the world to us. Arrangements are under the care and direction of Brenan’s Funeral Home, 111 Paradise Row, Saint John (634-7424) where visitation will be held on Wednesday, February 21, 2018 from 2-4 and 6-8 PM. A funeral service will take place on Thursday, February 22, 2018 at 12 Noon from Brenan’s Funeral Home Chapel. For those who wish, remembrances may be made to Alzheimer Society of NB (Saint John) or a charity of the donor’s choice

Share Your Memory of
Dorothy
Upload Your Memory View All Memories
Be the first to upload a memory!