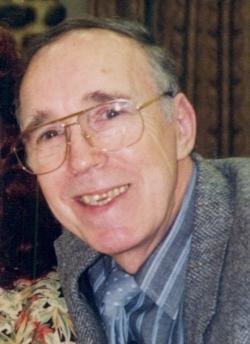 It is with heavy hearts that the family of Raymond Joseph Doucet announces his passing, which occurred at his home on Thursday, March 9, 2018.Born in Saint John, NB, he was a son of the late Arthur and Roseanna (Leblanc) Doucet. Raymond was a long standing member of the Saint John Art Club. He took art courses in Montreal at Sir George Williams, and night courses at the Y.M.C.A. He attended Commercial Art Study at Studio 5316 Inc. in Montreal as well as going to night school at Toronto’s Victoria School of Art. Raymond took drawing lessons with John Leonard in Saint John and attended drawing classes in vocational school with Peter Davidson. He also took Life Drawing classes with Ray Butler. His last job, which he considered a lost art, was repairing antiques by silver plating, brass, copper, nickel, and chrome. Raymond is survived by his brother Marcel Doucet; sisters Bertha Bonin, Josephine Bordage, Louise McInerney, and Loretta Doucet as well as several nieces and nephews. Aside from his parents, he is predeceased by his sisters Clara and Mary Doucet and brother Gerald Doucet. Arrangements are under the care of Brenan’s Funeral Home, 111 Paradise Row, Saint John, NB (634-7424). A funeral liturgy will be held from the Brenan’s Chapel on Tuesday, March 13, 2018 at 3:00 PM. Interment to take place on Wednesday, March 14, 2018 in St. Joseph’s Cemetery at 9:00 AM. Donations in Raymond’s memory may be made to a charity of the donor’s choice. Online condolences may be made at www.BrenansFH.com

Share Your Memory of
Raymond
Upload Your Memory View All Memories
Be the first to upload a memory!