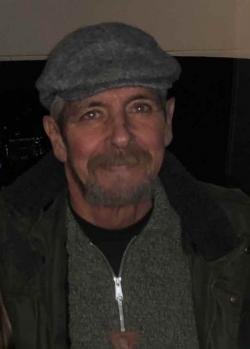 Service Location: In keeping with Kevin's wishes there will be no visitation or funeral service.

The family of Kevin Hawkins announce his passing on Saturday, March 10, 2018 at his residence, following a period of illness. Born May 1, 1951 in Blacks Harbour, NB, he was a son of the late Floyd and Kathleen Hawkins. Kevin was a scaffolder by trade, working mostly in Western Canada. He spent the last few summers on his sailboat, sailing out of Beaver Harbour. Kevin is survived by his daughters, Katie Hawkins and Suzanne Hawkins; grandchildren, Maria and Drew Valiquette; siblings: Ruby Scott (Bill), Colin Hawkins, Coralie Losier (George), Sally Nabuurs (Tony); his uncle, Jimmy Hawkins (Florence); and several nieces and nephews. Besides his parents, he was predeceased by his siblings: Danny, Derwin, and Rodney. The family would like to give special thanks to the doctors and nurses who have cared for Kevin, especially Vanessa, Andrew, and Marcie. Arrangements are under the care of Brenan’s Funeral Home, 111 Paradise Row, Saint John (634-7424). In keeping with Kevin’s wishes, no visiting or funeral service will take place. For those who wish, remembrances to the St. Joseph’s Hospital Foundation would be appreciated by the family.