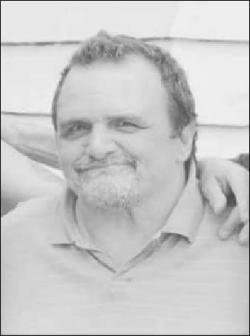 It is with great sadness that the family of Wayne "Porky" Blizzard announces his passing, which occurred on Tuesday, April 3, 2018 at the Saint John Regional Hospital. Born on January 12, 1961, he was a son to the late Percy and Doreen (Blizzard) Nairn. Porky was a fun-loving guy, who made people laugh constantly with his jokes and stories. He was well known for his big heart and being the kind of person to give you the shirt off his back, he would do anything for anyone, if he could. Porky was, best of all, a family man. He had so much love for his family and they always came first. Porky will be dearly missed by his children: Robbie Blizzard, Kayla Wilson, Tayler Campbell and Alana Northrup, his grandchildren: Leland, Kayden and Meeka, brothers: Robin and Terry Blizzard and sister Yolanda Blizzard, his nieces: Michelle, Laura, Hannah, Alyssa Marie and Vanessa, nephews: Kevin, Angus, Ryan and Cody, great nieces and nephews: Tyler, Devon, Kayden, Connor, Portia, Jersey and baby Houston, his lifelong friends who he adored: Jackie Morrell, Nancy Bourque, Becky Rolfe and plenty more along with members of his large extended family. Besides his parents, Porky was predeceased by his brothers Jimmy and Michael, sisters Phyllis and Melissa and great aunt Gertie. Resting at Brenan’s Funeral Home, 111 Paradise Row, Saint John (634-7424) where family and friends are invited to visit on Friday, April 6 from 2-4 and 6-8. A Memorial Service will be held on Saturday, April 7 at 9:30 AM from Brenan’s Chapel with interment to follow at St. Joseph’s Cemetery. For those who wish, remembrances may be made to the IWK, Children’s Wish Foundation, Joshua Group or a charity of donor’s choice.