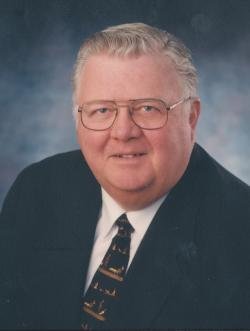 With much sadness but with many wonderful memories, our family announces the loss of Robert T. Snodgrass. "Bob" passed on Friday, July 13th, 2018 following a valiant battle with cancer at the age of 79 years. Bob leaves his loving wife of 55 years, Barbara C. Snodgrass; daughters; Jane (Christopher) Northrup, Christy (Toby) Bourque; sons James (Leslie) Snodgrass, Tom (Shelley) Snodgrass and eight grandchildren; Robert (Cole), Sophie, Samuel, Henry, Nathaniel, Justin, Lucas and Benjamin. Bob was predeceased by his father; Aubrey Snodgrass, his mother; Bessie, and his brother Gordon Snodgrass all of Saint John. Educated at Rothesay Collegiate School and the University of New Brunswick, Bob became a life-long entrepreneur and business leader. Bob was passionate about the economic growth of Saint John and New Brunswick. From 1959-2003 he was the President of A.T. Snodgrass Co. Ltd and Waypak Inc. Starting as a manufacturer’s agent for glass, caps and labels he expanded the company to become a leader in packaging and office supplies throughout New Brunswick, Nova Scotia and the Eastern Seaboard of the United States. In addition to his business accomplishments, Bob was committed to several other organizations. He was the President of the Canadian Automobile Association (1979-1980), Director of the Atlantic Salmon Federation (1997), Director of the ACOA Advisory Board (1999-2000) and was an ongoing active member of the Shriners, Beaver Lake Fishing Club, the Saint John Board of Trade, the Golden Service Club and the Saint John Union Club. Bob had many passions such as lobster and fly fishing, duck hunting, skiing and snowmobiling, but none as great as the love of his beautiful wife, Barbara and their family. He and Barbara met and it was love at first sight. Together they made their home at New River Beach for 50 years and built a very happy life for their children. This was his greatest joy. The family would like to thank Dr. Samantha Gray, Dr. Stephen Hull, Dr. Darren Kerr and Dr. Neil Young for their care. A special thank you to Melissa Gillet, RN from the Extra Mural team. Arrangements are under the care of Brenan’s Funeral Home, 111 Paradise Row, Saint John, N.B. (634-7424). As per his wishes, there will be no visitation at the funeral home. A Celebration of Bob’s Life Reception will take place at the Shadow Lawn Inn, Rothesay, N.B. on Tuesday July 17th, 2018 from 2:00 - 4:00 PM. In lieu of flowers, the family would appreciate donations to Rothesay Netherwood School or the Saint John Regional Hospital. Online condolences may be placed at www.BrenansFH.com.