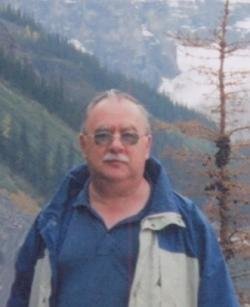 It is with great sadness that the family of Joseph James Porter, loving husband to Vivian Porter, announce his passing on July 16, 2018 at the Saint John Regional Hospital. Born in Atholville, NB, on February 10, 1940, he was a son of the late Howard and Rose (Comeau) Porter. Jim worked for over 40 years at the James River Marathon Company in Ontario as a Leader in the Human Resources Department. He was also the treasurer for the North End Golden Oldies Seniors Club. He loved anything to do with the outdoors and especially enjoyed teaching hunter safety courses. He was a true family man known to all for his quick wit and sense of humour. He will be missed by all who knew him. Jim will be lovingly remembered by his wife, Vivian; son, Robert McCarthy (Karen) of Winnipeg; daughters, Cathy Guthrie (Carl) and Angela Porter both of Saint John; four grandchildren; two great-grandchildren and brother-in-law, Gordon Ball. In addition to his parents, Jim was also predeceased by his brother, Willard; sister, Doreen Ball and sister-in-law, Elaine. Arrangements are under the care of Brenan's Funeral Home, 111 Paradise Row, Saint John (634-7424) with visitation on July 19, 2018 from 4-7 PM. For those who wish, donations may be made to a charity of the donor’s choice. www.BrenansFH.com.

Share Your Memory of
Joseph
Upload Your Memory View All Memories
Be the first to upload a memory!