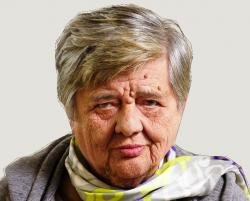 It is with heavy hearts that the family of Geri (Elizabeth Ann) Murphy, wife of the late Sherman Murphy, announce her passing on July 16, 2018 at the Saint John Regional Hospital. Born on May 25, 1944 in Salmon Creek, she was a daughter of the late Gordon and Lillian (Davidson) Perry. Geri was a faithful member of RiverCross Church and loved volunteering at RiverCross Mission as well as the North End Food Bank. She was also a proud member of the Crescent Valley Tenants Association and the Buffalo Club – ROH. Geri loved her family and especially spending time with her precious grandchildren. She will be sorely missed. Geri is survived by her daughters, Bonnie Perry (Paul) and Sherrie Byers; sons, James MacDonald (Cindy) and John Campbell; sisters: Emily Rogers, Nellie Clarke and Jeannie Perry; brother, Gordon Perry (Debbie); four grandchildren; special grandson, Spencer Byers; three great-grandchildren; aunt, Elsie Davidson; as well as several nieces and nephews. In addition to her husband and parents, Geri was predeceased by her brother, Roy Perry; brothers-in-law, Wayne Clarke and Mark Speight. Resting at Brenan’s Funeral Home, 111 Paradise Row, Saint John (634-7424), with visiting on Friday, July 20, 2018 from 2-4 PM and 6-8 PM. A funeral service will be held on Saturday, July 21, 2018 at 12:00 PM from Brenan’s Funeral Home Chapel. Interment to take place in Coles Island Baptist Cemetery. For those who wish, remembrances may be made to RiverCross Mission. WWW.BrenansFH.com.

Share Your Memory of
Geri
Upload Your Memory View All Memories
Be the first to upload a memory!