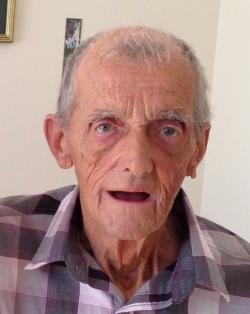 It is with great sadness the family announces the passing of Lorne Albert Mosher, husband of the late Lena A. Mosher, which occurred on Friday, July 20, 2018 at the Saint John Regional Hospital after a brief illness. Born in Saint John, NB on October 18, 1936, he was a son of the late Lucy and Rupert Mosher. He is survived by his son David Mosher (Mechelle) of Chester, Nova Scotia; grandchildren: Julie and John; as well as daughter Cindy and grandchildren: Angela, Trisha and Cory. He is also survived by his beloved sister Marjorie and several nieces and nephews. Besides his parents he is predeceased by sisters: Maisie and Francis and brothers: John, William and Ernie. Lorne worked for many years at Irving Oil and Leroy’s Burner Service. He loved to spend weekends with his wife Lena at Pine Cone Trailer park, near Sussex. Resting at Brenan’s Funeral Home, 111 Paradise Row, Saint John, NB (634-7424), with visiting on Tuesday, July 24, 2018 from 6-8 pm. A graveside service will be held on Wednesday, July 25, 2018 at 10 am at Ocean View Memorial Gardens.

Share Your Memory of
Lorne
Upload Your Memory View All Memories
Be the first to upload a memory!