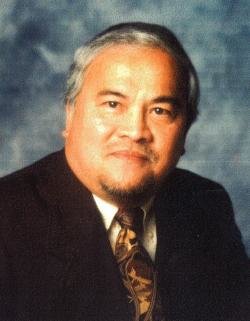 It is with heavy hearts that the family of Dr. Elmer Andrade announces his passing, which occurred on Sunday, July 22, 2018. Born in Manila, Philippines on January 9, 1935, he was a son of the late Isaias and Crispina (Moreno) Andrade. Elmer was a loving and devoted husband to his wife of 52 years, Teresita. He graduated Medical school from the University of Santo Tomas in 1957. He continued his Medical training in Chicago, Illinois. He then completed his residency in Cleveland, Ohio in 1964, where he was a big fan of the Cleveland Browns. He later moved to Ottawa, Ontario where met his wife, Teresita, and later married in 1966. He became a certified member of the Royal College of Physicians/Surgeons. Elmer then moved to Saint John, New Brunswick in 1966, where he started his own practice with Dr. Tom Foster, retiring in 1995. He became a board certified member of the American College of Surgeons in 1973. Over the course of his career, he proudly delivered over 6000 babies. Elmer had plenty of opportunities to work wherever he liked, but chose to stay in Saint John because it was a good place to raise his family and he enjoyed the lifestyle. He was an avid sports fan. He taught his children how to play many sports, including tennis and golf. The family would like to extend a special thanks to Dr. Chris O’Brien for his years of kindness and friendship to Elmer and his family. Elmer is survived by his loving wife, Teresita; sons Mike (Nancy London) and Brian (Anne McGrath); sister Violy as well as many nieces and nephews. Aside from his parents, he is predeceased by his brothers Romy, Cesar, and Rene. Resting at Brenan’s Funeral Home, 111 Paradise row, Saint John, N.B. (634-7424) with visitation on Wednesday, July 25, 2018 from 2:00 – 4:00PM & 6:00 – 8:00PM. A Mass of Christian Burial will be held at St. Pius X Church on Thursday, July 26, 2018 at 11:00 AM. Donations in Elmer’s memory may be made to a charity of the donor’s choice. Online condolences may be made at www.BrenansFH.com

Share Your Memory of
Elmer
Upload Your Memory View All Memories
Be the first to upload a memory!