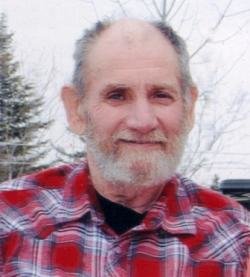 With heavy hearts the family of Bob Whittaker announces his passing, which occurred at Bobby’s Hospice on Wednesday, July 25, 2018. Born on January 15, 1953 in Saint John, he was the son of the late Noble A. Whittaker and Georgie (Smith) Whittaker. Bob was a welder by trade and had worked at the Saint John Dry Dock and Bourque's Welding. He enjoyed fishing, hunting and especially looked forward to the times spent with his grandchildren and great-grandson. Bob will be greatly missed by his wife of 43 years, Donna (Turner) Whittaker; his children, Heather Dawn Whittaker, Wayne Barry Whittaker (Melissa McKinney) and Amy Beth Whittaker; 5 grandchildren, Cloie (Robert Nesbit), Kodie, Justice, Alex Robert and Emma Elizabeth; 1 special great-grandson, Robert Royce; sisters, Beatrice (Patrick Blanchard), Audrey Whittaker, Linda (Allan Banks) and Zelma Whittaker; brother, James Howard; sisters-in-law, Linda and Diann Whittaker; as well as several nieces and nephews. Besides his parents, he was also predeceased by his sister, Christine Brooks; brothers, Norman, Gilbert, Earle and Ralph Whittaker and sisters-in-law, Elizabeth, Margaret, Diane and Nancy. A special thank you to the Extra Mural nurses, staff and volunteers at Bobby’s Hospice and to Drs. Williams and Hemmings for the excellent care that was always provided to Bob. In keeping with Bob’s wishes, a private graveside service will be held at Ocean View Memorial Gardens. Arrangements are under the care and direction of Brenan’s Funeral Home, 111 Paradise Row, Saint John (634-7424). For those who wish, remembrances may be made to the Extra Mural Program, Bobby’s Hospice or a charity of the donor’s choice.