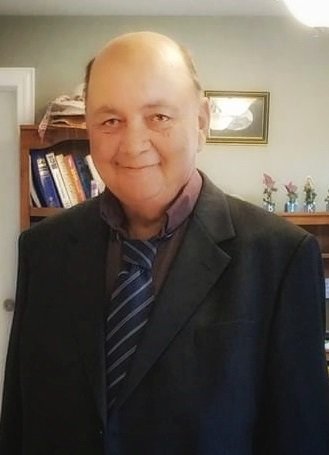 It is with heavy hearts that we announce the passing of our brother, Darrell Bourque, which occurred on Friday, September 13, 2019 at the Saint John Regional Hospital after a period of failing health.  Born on December 27, 1957 in Saint John, he was the son of the late Gerard and Doreen (Arsenault) Bourque.

Besides his parents, he was predeceased by his brothers: Ronald, Wayne and Allan and one nephew, Joseph Noel Connell and niece Crystal Bourque. Darrell was a loving son, brother and uncle and will be sadly missed by all.

The family would love to send a special thank you to the Staff of Maritime Manor Care Home and the Doctors and Staff of the Saint John Regional Hospital.

Resting at Brenan’s Funeral Home, 111 Paradise Row, Saint John (634-7424) where family and friends are invited to visit on Monday, September 16, 2019 from 2:00 – 8:00.  A Mass of Christian Burial will be celebrated from the Cathedral of the Immaculate Conception, 91 Waterloo Street on Tuesday, September 17 at 12:10 with interment to follow at St. Joseph’s.

For those who wish, remembrances may be made to Epilepsy Canada, Oncology Department of the Saint John Regional Hospital  or to the Children’s Wish Foundation.  Online condolences can be placed at www.brenansfh.com

Share Your Memory of
Darrell
Upload Your Memory View All Memories
Be the first to upload a memory!