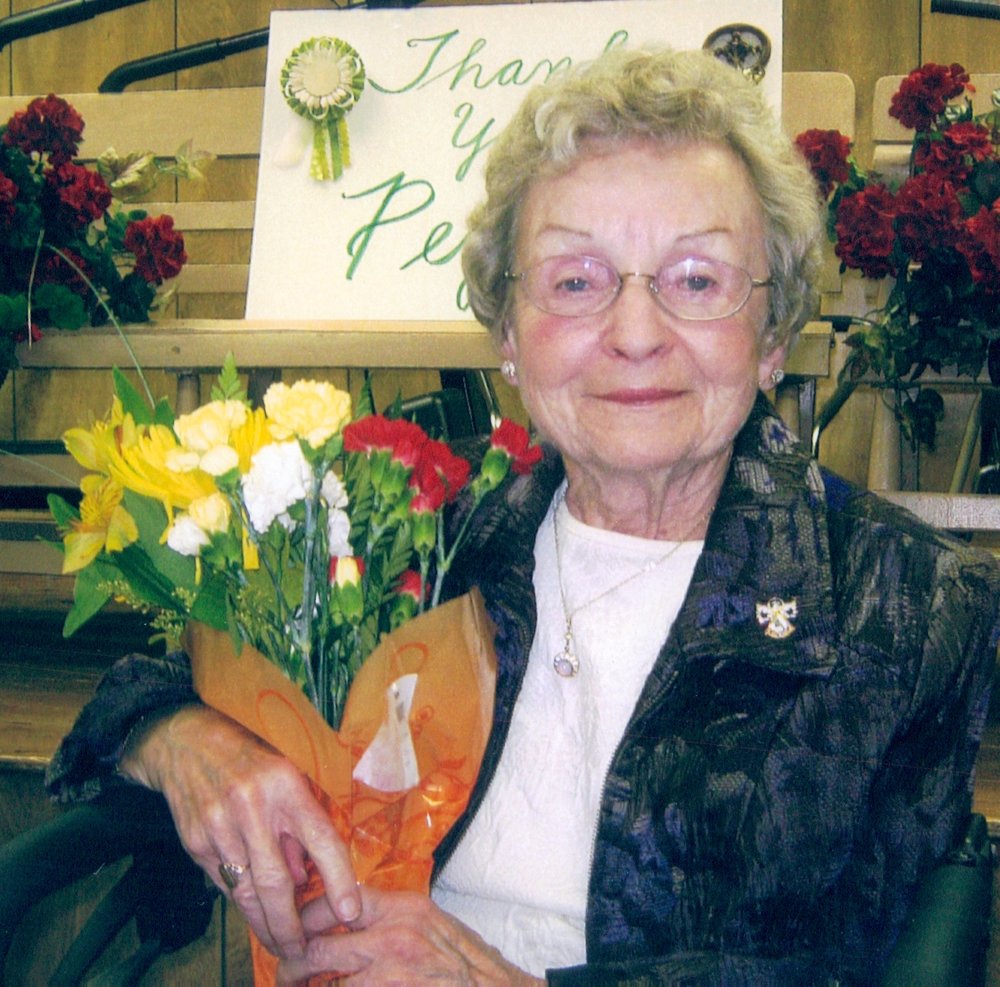 It is with great sadness that we announce the peaceful passing of Margaret “Peggy” (Boyle) Lidstone at the Turnbull Home on Thursday, September 26, 2019. Peg was born in Dipper Harbour on November 19, 1925, to Clara and Peter Boyle.

Peggy grew up in Dipper Harbour with her parents, and brothers Jim and Ralph. Dipper was always her home and was always in her heart. As a young adult, she moved to Fredericton for work, but returned to Dipper Harbour each weekend to visit and care for her parents. She continued to do so until the death of her father, Peter, when she moved her mother to Fredericton to care for her. That continued until Peggy met the love of her life, Norm Lidstone, whom she married in 1981. Peggy, Norm and Clara moved back to Dipper, and renovated the little yellow house, making it a little bigger yellow house. They lived there happily until Norm’s death in 1997. Peggy stayed on in Dipper, supported by her many friends, and her special chosen daughter, Sue, until she moved to the Carleton-Kirk Apartments, and eventually to the Turnbull Home.

Peggy was devoted to her family, her friends, and her church. She was a loyal letter-writer and card-sender, and she kept in constant touch with friends and family. She never missed a birthday, and marked all occasions with a card or letter. She loved to send and receive mail, and she loved to talk on the phone. She was a great supporter and tireless worker for St. Brendan’s Church, and contributed much to the Dipper Harbour community. She gifted friends and family with many things, but was especially known for her black-and-white brownies, custard, and the best oatmeal cookies in the world.

Peggy will be remembered lovingly and missed terribly by all who knew her. She is survived by her brother, Ralph, and sister-in-law, Margie (McDevitt). She is also mourned and sincerely loved by her nieces and nephews (the Boyle Clan) and their partners and children: Peter and Hyoshin; Terri Hanlon (Colum, Alexe, and Jesse); Darlene and Mary; Nancy and Marcel (Meaghan and Thomas); Susan; Mark and Mary; Linda and Brenda; David and Laura (Harper and Katherine). She will also leave a hole in the hearts of her step-children,  step-grandchildren, and their partners (the Lidstone Clan): Carolyn and Paul (Lisa, Nora (Rob)), and Andrew (Ilsa); Brian and Kay (Ryan (Jen)), Sarah (Jeff), Natasha (Andre), Brandy, and Amanda (Kevin). Peggy was Margaret to many, including her chosen daughter and caregiver, Sue Brouillette (Paul); their bond sustained her and brought her great joy through the last eleven years of her life. Peg was also loved and will be remembered by many special friends, including Margaret Brewer, Chris and Dave Meneer, and Joanne and Harold Williams.

Peg’s family extends sincere thanks and great affection to the staff of the Turnbull Home. You appreciated Peg’s humour and wit, and made her feel cared for and loved. You are special people, and you made a difference in her life.

Peggy supported many causes; remembrances to any good cause would be appreciated and will make Peggy smile down from heaven. Please place online condolences and remembrances at www.BrenansFH.com.

Share Your Memory of
Margaret "Peggy" (Boyle)
Upload Your Memory View All Memories
Be the first to upload a memory!