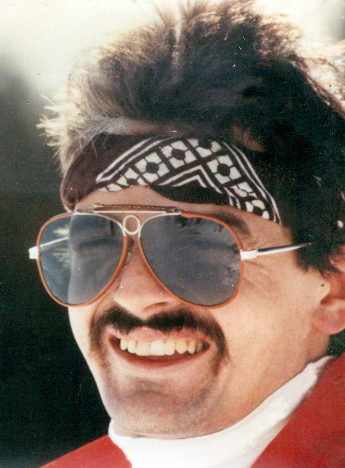 It is with great sadness that we announce the sudden passing of John William Jacquard on December 3, 2019 from a severe case of pneumonia.

Johnny was a light who brought joy to every person (and animal) that crossed his path. He was an extremely hard-working but simple-living man, who always put others before himself.  He had a hilarious sense of humour and could bring laughter to any situation. He enjoyed outdoor adventures, kayaking, hiking and riding his motorcycle. Johnny also loved playing his guitar and was a natural at sports, especially hockey. John was a dedicated delivery driver for Anglophone South School District for many years where he was very well liked by all of his co-workers who he considered friends.

Johnny was pre-deceased by his parents, Phyllis and Edmond, whom he loved deeply. He will be greatly missed by his sister, Dale Stevenson (Brian); his brothers: Michael (Sharon), Terry (Margaret), Wayne (Gina); several nieces, nephews, aunts, uncles, co-workers and friends, and also his sweet cat, Tiger, and his beautiful cockatiel, Babe.

Remembrances to the charity of the donor’s choice would be greatly appreciated. Please place online condolences and remembrances at www.BrenansFH.com.

Share Your Memory of
Johnny
Upload Your Memory View All Memories
Be the first to upload a memory!