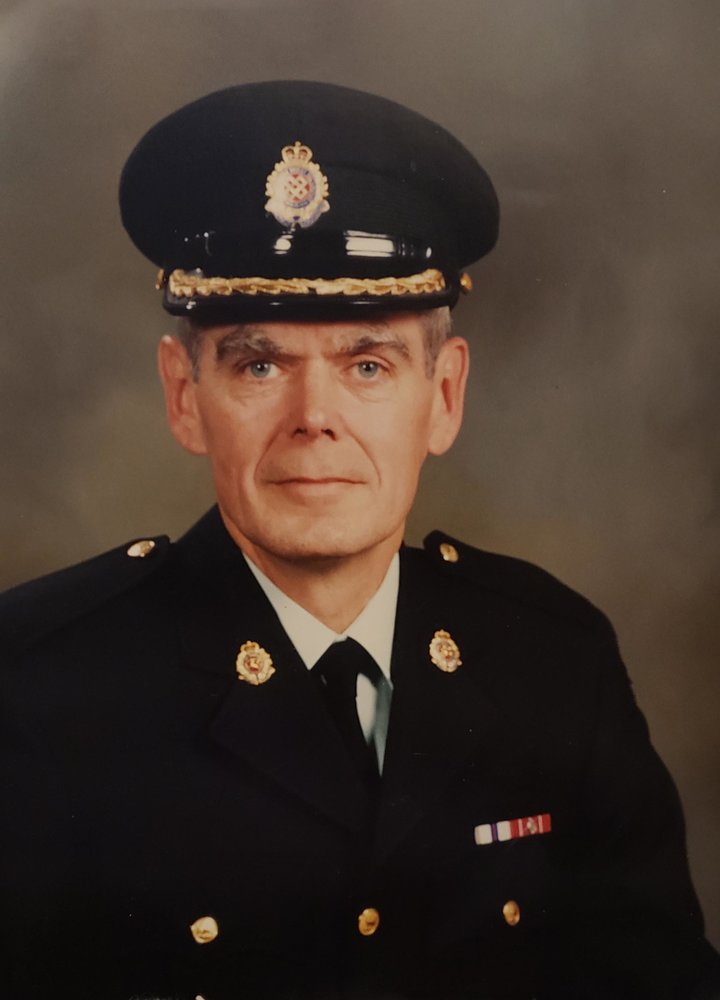 It is with great sadness that we announce the passing of Michael Ready Maher which occurred on Sunday, December 8, 2019 at Bobby’s Hospice. Born in Saint John on September 27, 1941, he was a son of the late William and Theresa (Ready) Maher.

Mike was retired from Irving Oil, where he was employed for 35 years as Payroll Manager. After his retirement, he was a member of the Irving Oil Alumni Association and enjoyed volunteering at company picnics and Irving Oil Challenge Cup hockey tournaments.

Mike served 27 years with the 31 Service Battalion; enlisting at 16 and serving twice as commanding officer, first as a Major and upon retirement as Lieutenant Colonel.

Mike was a dedicated husband, father, and grandfather. He was present at every school play, soccer game, dance recital, birthday party and family dinner. His grandchildren held a special place in his heart. The place of honour was reserved for his wife. She was his anchor, partner and true love. Their dedication and love for each other will stand as an example to their children and grandchildren for years to come.

When the sun came out and the grass turned green; it was time for golf! His regular outings with “the boys” were a source of great enjoyment and camaraderie, he treasured those friendships

Michael was predeceased by his parents.

The family would like to express their appreciation to Extra Mural and Bobby’s Hospice for their care and support.

Arrangements are under the care of Brenan’s Funeral Home, 111 Paradise Row, Saint John, N.B. (634-7424). Visitation will be held on Friday, December 13, 2019 from 2-4 PM and 6-8 PM.  A funeral liturgy will take place on Saturday, December 14, 2019 at 10 AM from the Brenan’s Funeral Home Chapel. Donations in Michael’s Memory can be made to Bobby’s Hospice, the Crohn's & Colitis Foundation of Canada, or a charity of the donor’s choice. Online Condolences may be placed at www.BrenansFH.com