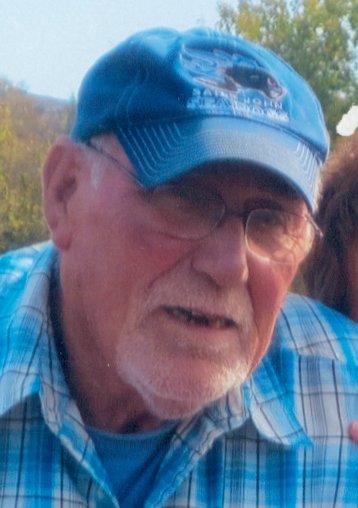 It is with great sadness that the family of Gerald Stanley MacLeod, 78, announces his passing, which occurred on Monday, January 20, 2020.  Born in Sydney, NS, he was the oldest of nine children of the late Stanley and Agnes (Ella MacCuskil) MacLeod.

Gerald moved from Sydney to Hamilton Ontario for a short time, before moving to Saint John NB, which became home.  From an early age Gerald was always working from his early days on the railroad in Sydney to Stelco during his time in Hamilton.  In Saint John Gerald started at Eastern Bakeries before holding supervisor roles at major beverage companies and local Taxi companies where he was well known and respected.

When not working Gerald was always active in the community helping friends, family and anyone else in need.  He held several volunteer positions (coach, vice president, president) with various minor hockey leagues across New Brunswick and spent many years as a member of the Kinsmen.  Gerald shared his love of hockey with his son Trevor and granddaughter Shannon.

Gerald is survived by his son, Trevor MacLeod (Diana) of Calgary, and his grandchildren Megan, Max and Shannon; siblings, Earl, Katherine (Harry) MacInnis, Judy (Neil) MacMullen and Diane Macleod; numerous nieces and nephews and many extended family, and his former spouse and current friend Sandra MacLeod.  Gerald will also be missed by his good friend Jason Wilkins.

Aside from his parents, Gerald was predeceased by his sister Margorie (Terry) Campbell, brothers Donny, Kenzie and Keith.

Gerald loved to be around his family, friends and critters (yes dad you were an animal person even though you would not admit it).  Gerald always found time for a cup of tea and hopefully a biscuit if available and enjoyed his naps.  He treasured his time spent with everyone and especially in recent years with close friends who always helped and looked out for him including Jason Wilkins (and family) and niece Jill Lui (spouse Tim, Ashley, Alex and Abbie).

Share Your Memory of
Gerald
Upload Your Memory View All Memories
Be the first to upload a memory!