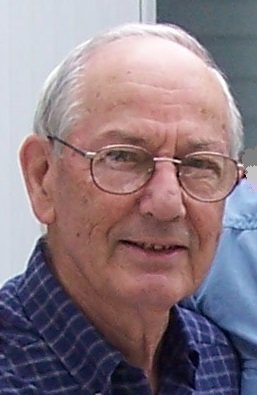 QUINN, Francis L – The family of Francis L. Quinn is saddened to announce the passing of their loving father at the Turnbull Residence on Friday Jan 24, 2020.  Born in the South End of Saint John, Francis was the youngest of six children and the son of the late Frederick M and Margaret E (Belliveau) Quinn.

Francis shared a rich and rewarding 52 years with the Love of his life, Lorraine, until her passing in 2011. Surrounded by their children and friends, they created a beautiful family life. Especially memorable were the many gatherings at the summer home in Brandy Point on the Saint John River. Francis enjoyed everything when he was with Lorraine, from golfing to travelling, and even bridge.

At a young age, Francis went to sea, working on cargo ships and discovering the world. Following in the Quinn tradition of ship Pilots since 1854, Francis later joined his brother Frederick at the Port of Saint John to become one of the country’s youngest pilots, a vocation he pursued for over 35 years. He was locally and nationally involved in Canadian Pilotage, and honoured by the Canadian Merchant Service Guild with a lifetime membership.

Francis' community involvement was extensive. A parish counsellor and catechist at St Rose of Lima parish, and later an active parishioner at Our Lady of Perpetual Help, Francis was also a 4th degree (council 937) and lifelong member of the Knights of Columbus. As a member of the Seafarers Mission, he offered visiting sailors support and a home away from home. Francis was a member of the N.B. Liberal Association and active volunteer, as well as a long-time member of the Royal Order of Wharf Rats, and of the Westfield Golf & Country Club.

A loving and devoted husband, a caring and generous father, Francis will be remembered and sadly missed for his sense of family and community, his kindness, and genuine gift of love.

The family would like to extend its sincere thanks and appreciation to The Turnbull Home for the care and comfort provided to their father.

Resting at Brenan’s Paradise Row Funeral Home, 111 Paradise Row, Saint John with visiting on Friday Feb 7, 2020 from 3:00 – 7:00 and a Mass of Christian Burial will be celebrated at 12:00 on Feb 8, 2020 at Our Lady of Perpetual Help. Interment will take place in St. Joseph’s Cemetery. The Knights of Columbus will be saying prayers for Francis at 3:00 on Friday.

In lieu of flowers, his family would appreciate donations to The Alzheimer’s Society of New Brunswick, the Saint John Seafarers’ Mission, or The Turnbull Home in Saint John.