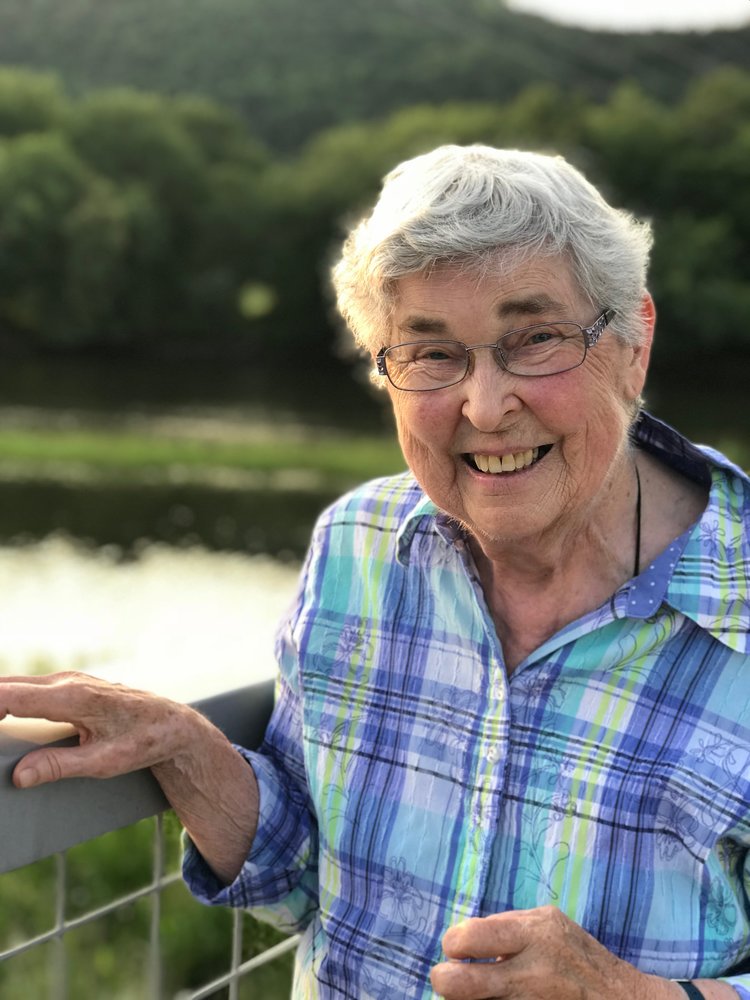 A devoted ‘westsider’, she bought penny candy from Nelly’s store, was a smoking softball pitcher and until recent years met regularly with her friends from grade 1, “the Fairville Girls”, we presume to reminisce, talk about boys and plot the secession of Lancaster from Saint John. She worked as a soda jerk at Horsler’s drug store and later as an operator for NBTel before entering the Saint John General Hospital School of Nursing’s 3 year program in 1950. Rather than accepting scholarships at McGill she studied and lived the life of a student nurse in Saint John developing lifelong friends, a career, and when on medical leave for appendicitis going on a blind date set up by the sister of a handsome young man in the Air Force. Soon she was a young wife, mother of three children, working nurse and active member of her church, which would be her lifelong passions.

In 1971 after living in Greenwood and Summerside, Barb and Larry retired to Hampton NB to be closer to their parents; and Barb’s sister Rose Kierstead (Bob), brother Don Arthurs (the late Shirley Arthurs), cousin Donna Tower (Wilson) and sister-in-law (the late Marion McRae), survived by Gerald McRae. Community was important to Barb: family, church family, mission groups, air force friends and neighbours received her love and kindness through her many phone calls, cards, letters and plates of cookies.

No matter how enjoyable the story, every romance has an end, and so it was that Larry died in 2013 with Barb adapting and staying in Hampton supported by her family and friends as always. She was determined and an unflappable optimist having been tested by a war, illnesses and of course her children. Her own health problems eventually led to her having a wonderful group of ladies help her at home; their kindness and support continuing up to the moment she had to finally be taken to the hospital. The care, the visits and meals and especially the love of her friends and the gentle help of the ladies in her home made her last couple of years at home possible and enjoyable - we, her family, cannot thank you enough for your care.  Barb benefitted from the dedicated work of so many doctors, nurses and friends in her later years and we remember you all with warmth and gratitude.

Arrangements are under the care of Brenan’s Funeral Home (634-7424). Funeral services will be conducted by Pastor Wayne Murphy at  Lancaster Baptist Church, 87 Church Ave, West Saint John, at 1:00 pm on Saturday, March 14, 2020, with a reception and visitation to follow in the Christian Education Centre from 2:00 – 4:00 pm. Donations in memory of Barb may be made to the Lancaster Baptist Church, or to the memorial of the donor’s choice. Online condolences may be placed at www.BrenansFH.com

Share Your Memory of
Barbara Anne
Upload Your Memory View All Memories
Be the first to upload a memory!