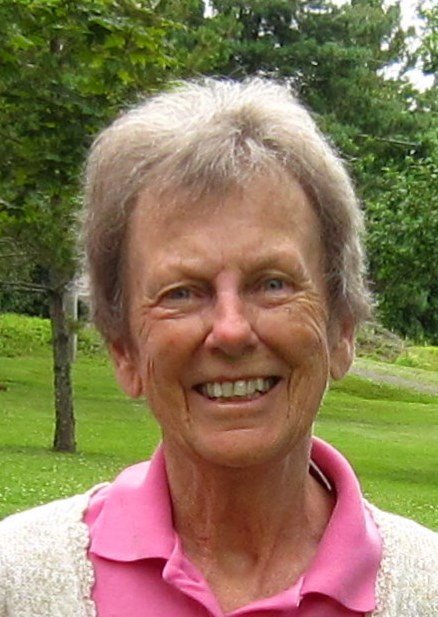 Isabel Walter, beloved wife, mother, grandmother and great grandmother passed away March 19, 2020 at Bobby’s Hospice in Saint John NB with family members at her side.

Born Anna Isabel Lyons in Montreal, Quebec on August 18 1930, daughter of Anna Isabel McKay (Perth, Ontario) and Edward Leslie Lyons (Kingston, Jamaica), she lived there until graduating as a Registered Nurse from Montreal General Hospital in 1951. During her training she met the love of her life, a McGill University medical intern from New Brunswick, Ed Walter. After marrying in 1952, the couple moved to Cambridge, Queen’s County, NB, where they ran a rural medical practice until Ed’s specialization and subsequent move to Saint John in 1958.

A very busy time ensued, raising five children, punctuated by visits to the country house in Cambridge- Narrows on Washademoak Lake. As children began their own families, Ed and Isabel would spend summer and fall at “Bunnycroft”, with no shortage of visitors of all ages, and wintering in Renforth.

Isabel’s great loves were Ed, her partner of 68 years of marriage, her family, and the country house in Cambridge-Narrows. Wherever she lived there was a constant stream of injured or orphaned wildlife, particularly raccoons, which she and Ed would rehabilitate and release, or provide long term care for.

A gift she shared with others was her strong Christian faith, which would comfort and sustain her throughout her life.

Arrangements have been entrusted to Brenan’s Funeral Home, 111 Paradise Row, Saint John, NB (634-7424). Memorial Service and Celebration of Life events are postponed, given the current public health situation. Her final resting place will be at The Church of the Good Shepherd, Cambridge-Narrows, NB. In lieu of flowers, donations can be made to Bobby’s Hospice (Hospice Greater Saint John), or the Saint John SPCA Animal Rescue.

Share Your Memory of
Anna Isabel
Upload Your Memory View All Memories
Be the first to upload a memory!