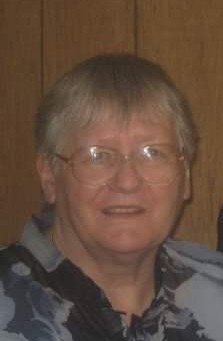 With gratitude for a lifetime of memories, the family of Gloria Jean O’Keefe, loving wife of the late Robert W. O’Keefe, announces her passing which occurred on Friday, April 3, 2020 at the Saint John Regional Hospital. Born in Saint John on June 17, 1946, she was a daughter of the late Clarence and Edith (Lane) Dunham.

Gloria had the heart of a caregiver and raised her children with love. She worked as an RNA for Com Care, and before that as an Operating Room Technician in Nova Scotia. She enjoyed her time as a Girl Guide leader and was also a member of the District 8 School Board.

In addition to her parents and husband, Gloria Jean was predeceased by a son Michael O’Keefe, a brother Kenneth Dunham, and a sister Marilyn London.

Arrangements are under the care of Brenan’s Funeral Home, 111 Paradise Row, Saint John, NB (634-7424). Due to the ongoing public health crisis, Gloria’s funeral will be postponed until a date and time to be announced. Interment will take place at Fernhill Cemetery. For those who wish, remembrances may be made to Girl Guides of Canada. Online condolences may be placed at www.BrenansFH.com