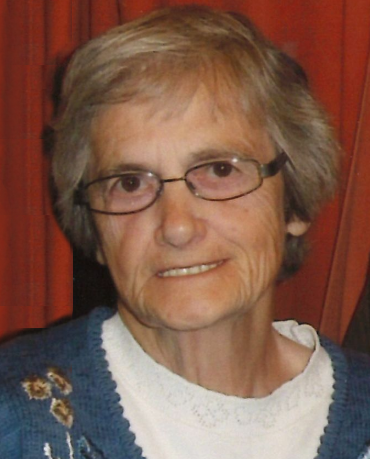 With heavy hearts the family announces the passing of  Elizabeth (Betty) McDonald wife of the late Gardiner McDonald which occurred at St. Joseph's Hospital on April 18, 2020. Betty was born in Saint John, NB on October 5, 1932. She was a daughter of the late Willard and Winnifred (Child) Craft.

Mom was kind and unselfish to all and devoted her life to caring for her family. She spent many an evening playing crib with Dad, followed by watching the Blue Jays or Montreal Canadians. You would frequently find Mom sitting at the dining room table enjoying a game of Scrabble, Yum or Quiddler with her kids, grandkids or great-grandkids.Mom always had a jigsaw puzzle on the go and would not miss her weekly lottery tickets.

Her quiet times were often spent watching birds from the kitchen window, enjoying a good book or a challenging crossword puzzle.

The family want to send special thanks to the care received from Dr. Duncan Webster, Dr. Olushola Keripe, St. Joseph's Restorative Care Unit and the love and care provided by Dobblesteyn's Care Home.

She will be missed by all whose lives she touched.

Arrangements are under the care of Brenan’s Funeral Home, 111 Paradise Row, Saint John, NB (634-7424). Due to the ongoing public health crisis, Betty’s Mass of Christian Burial at Holy Spirit Parish- St. Matthew's Worship Site will be postponed until a date and time to be announced. Interment will take place in St. Augustine’s Cemetery. For those who wish, remembrances to Saint John Regional Hospital Palliative Care Unit, Bobby's Hospice of Greater Saint John or a charity of the donor’s choice would be appreciated by the family. Online condolences may be placed at brenansfh.com.

Share Your Memory of
Betty
Upload Your Memory View All Memories
Be the first to upload a memory!