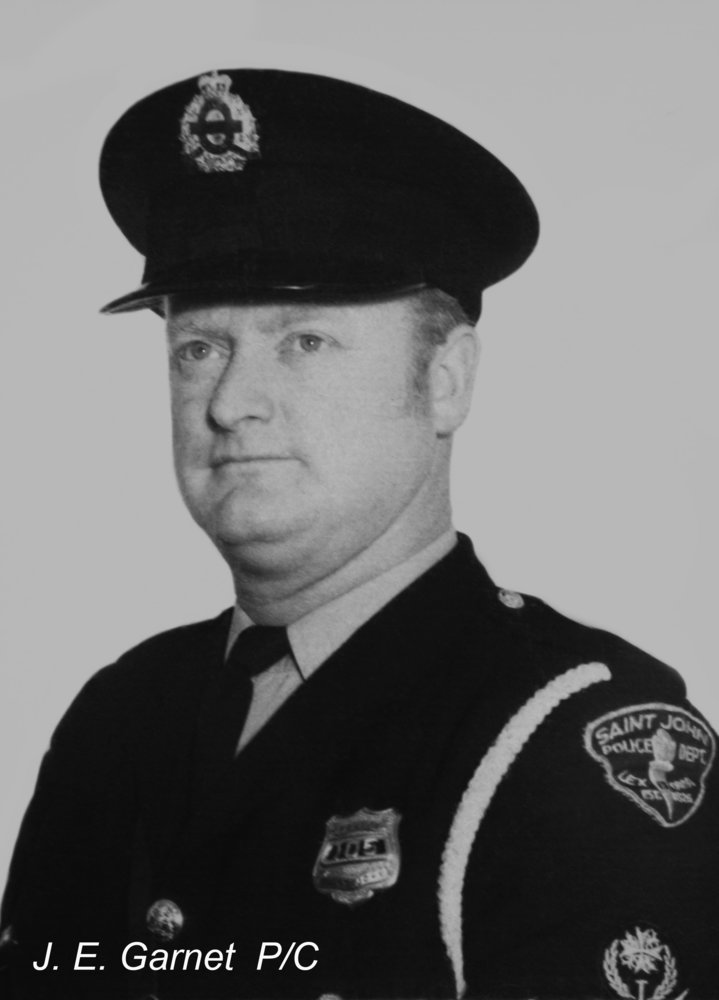 SGT (Ret'd) Garnett, James Ennis (Sonny) – While we celebrate a life well lived; we grieve for the passing of Sonny, husband to Carolyn Deveau which occurred on Monday April 20, 2020 at Ridgewood Veterans Wing Liberty Lane with his family by his side. Born on October 19, 1931 he was a son to the late James and Kathleen (London) Garnett.

Sonny touched many, many lives throughout his lifetime. He was a devoted and distinguished Lifetime member of The Royal Canadian Legion. He could always be counted on to honour his comrades by manning the annual Poppy Campaign, visiting Ridgewood Veterans Wing several times a week (prior to his own illness), participating in Honour Guards as a member of the Colour Party and rarely ever missed a Tribute/Funeral Service. He held many positions within The RCL including Honourary Past President RCL #53 Jervis Bay Memorial.

He served in The Korean War with The Black Watch BN (RHR) and was a founding member of The Korean Veterans Association Unit #1 here in Saint John. He had just recently received The Ambassador For Peace Medal presented by members of The Republic of Korea in a public service held at Ridgewood Veterans Wing.

After Korea, he joined The Saint John Police Force. He served for over 30 years, retiring at the rank of Sargent. During his tenure on The Force, he held many positions, including but not limited to, manning the radar and breathalyser machines.

He was also an accomplished musician/singer. He could be found back in the day jamming with various other local musicians. His beloved Pipes and Drums were also everpresent. He was involved with a copious amount of Pipe Bands in varying degrees throughout the years and there are simply too many to mention them all. He did hold the position of Drum Major with several of them, most notably The Jervis Bay Memorial Pipe & Drum Band. He had found memories of Scotland competing with the Band even when his memory was failing.

He was an integral member of countless clubs, bands, associations. As an avid darts player, he started The City and District Dart League and even designed the 180 Crest.

He was an accomplished athlete in his much younger years playing many sports. He was the District Scoring Champion for Vocational School and would happily bend your ear that he should have been in the NB Sports Hall of Fame for being a Wanderer. His love of playing hockey was maintained in his adult years playing with various different teams around the city.

In his latter years, his sports of choice were much easier on his body. Bingo and Scratch Tickets. He enjoyed laying a wreath at The Cenotaph each year on behalf of The Adanac Club almost as much as he enjoyed his Saturday night bingo nights there.

Sonny will be lovingly remembered by his wife of 50 years Carolyn, their daughter Reisa Daley (Shelly), sisters Rhoda Merrithew and Doreen Eadle, along with many friends, cousins, nieces, nephews and members of his extended family.

Besides his parents, Sonny was predeceased by his sister Mary Luff and his brother in law, Douglas Merrithew.

Sonny’s family would like to extend a very heartfelt Thank You to the staff of Liberty Lane at Ridgewood Veterans Wing and to Senior Watch for the compassionate care they provided. A very special thank you to Padre David Keirstead.

Your care, compassion and assistance to Sonny and our family will not be forgotten.

Arrangements have been entrusted to Brenan’s Funeral Home, 111 Paradise Row, Saint John (634-7424).  All services will take place at a later date.  For those who wish, remembrances may be made to Cedar Hill Field of Honour or the Jervis Bay Memorial and online condolences can be placed at www.brenansfh.com

Share Your Memory of
James "Sonny"
Upload Your Memory View All Memories
Be the first to upload a memory!