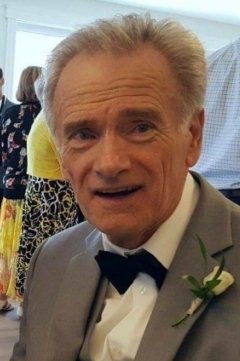 While we celebrate a life well-lived, we grieve for the passing of Frank Remete, loving husband to the late Jackie (Wright) Remete, which occurred on Monday, April 20, 2020 at the Saint John Regional Hospital after a brief illness. Born on June 17, 1942 in Budapest, Hungary, he was a son of the late Nicholas and Maria (Mocsary) Mezey.

He will be remembered and missed by many tennis communities not only because of his wonderful skill on the tennis court but even more so because of his extraordinary personality; his humility, his true gentleman manners and his kindness towards everyone young and old. He worked tirelessly at growing the sport of tennis in Saint John and New Brunswick and competed all over the Maritimes making lifelong friendships along the way.

Frank was inducted into the Tennis NB Hall of Fame in 2010. He was involved in tennis for over 40 years, he was known as the gentleman of tennis in the Saint John area. He excelled as a player in the 60’s and early 70’s winning a number of titles including 3 provincial closed singles titles and 4 provincial closed doubles titles. He continued to compete into the 90’s. He was also inducted into the Saint John Sports Hall of Fame. He helped form the Saint John District Tennis Association and he was a dedicated member of the Rothesay Tennis Club for many years. He was instrumental in the conversion of the Rothesay Tennis Club from hard court to clay, which enabled Rothesay to become a successful tennis club after years of decline. He was described by one of the past presidents of Tennis NB, “Frank Remete is New Brunswick’s version of Ken Rosewall, classic strokes, strong and athletic. A perfect gentleman on and off the court.” The current president of the Rothesay Tennis Club said “As great as Frank was as a player he was an even greater man and he was a massive contributor to our club. He had a kind spirit and would help almost anyone on or off the tennis court.”

Frank was a role model for both junior and adult players, a classy ambassador of our sport.

He was a great soccer player and referee, and also enjoyed recreational hockey and handball. He was Port City women’s soccer team’s number one fan.

Frank immigrated to Canada in January of 1957 and attended High School in Montreal. Following graduation he attended McGill University in Montreal before continuing his education at Queens University in Kingston, Ontario. He graduated as a civil engineer and worked for Fenco.

Besides his parents, Frank was predeceased by his wife of 40 years, Jackie.

We would like to thank the Saint John Regional Hospital Palliative Care Unit, especially Dr. Williams, Cheyanne, Lisa and Ashley.

Arrangements have been entrusted to Brenan’s Funeral Home, 111 Paradise Row, Saint John (634-7424) where services will be held at a later date.  For those who wish, remembrances may be made to Prostate Cancer Canada, Parkinsons Canada or to the Palliative Care Unit at the Saint John Regional Hospital and condolences can be placed at www.brenansfh.com

Share Your Memory of
Frank
Upload Your Memory View All Memories
Be the first to upload a memory!