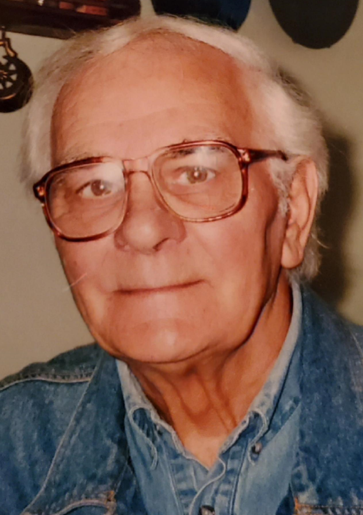 It is with heavy hearts that the family of John James Caley announce his peaceful passing on Friday, May 8 2020 at the Saint John Regional Hospital at the age of 97. Born on November 30, 1922 on The Isle of Man, he was a son of the late Robert and Katherine (Kennish) Caley

John grew up in the Isle of Man, this being something he was very proud of. John had many passions including enjoying the Time Trail races around the island. He was a proud solider fighting for our freedoms in WW2. His passion for cycling continued well into life, when he would frequently go out cycling and try to beat his previous times.

John moved to Canada in 1973 to work with the company Foster Wheeler to build the Refinery. That is when he met the love of his life Marie Caley and decided to start a life in Saint John. John also enjoyed wood working and fixing bicycles for the neighborhood children. He loved social gatherings and was always trying to make everyone laugh. John kept everyone on his toes and you were always wondering what he was going to say next.

Later in life he enjoyed donating his time at the Shamrock Community Gardens, Nicolle Community Centre and belonged to the Golden Oldies. He always looked forward to his weekly card games with his close friends.

The family will be having a private service at Brenans, the honorary pallbearers being Michel and Tracy Roch, Chantal and Philip Dempsey, Krista and son Dylan Robichaud, Myrna Thompson and Joan Thompson. A Celebration of Life for John will be held at a later time. In lieu of flowers, if you wish to make a donation on John's behalf (Joshua Group, Heart and Stroke or a charity of the donor’s choice) it would be appreciated by the family. www.BrenansFH.com.

John was a special spirit and his energy lives on in all of our memories. He will be greatly missed.