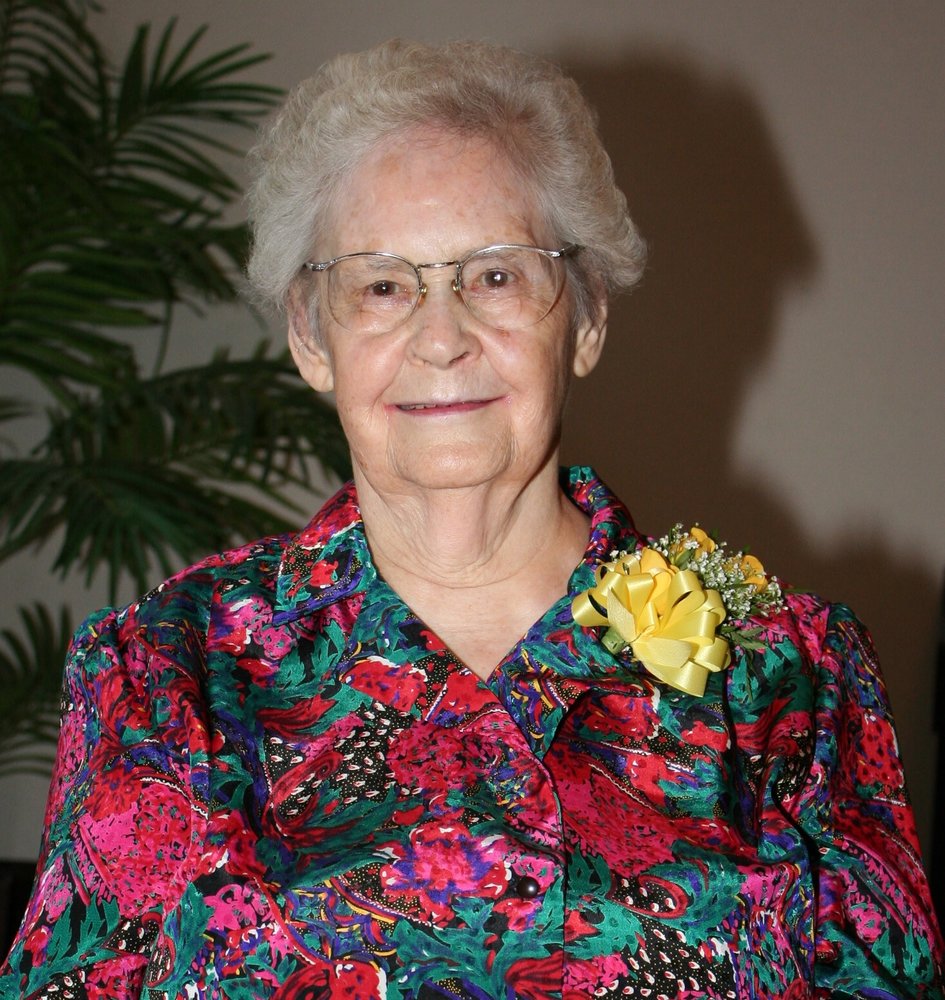 Sr. Frances Elizabeth Bouska (Sister Marie Martin) died peacefully at her home, Ruth Ross Residence, in Saint John, NB, on Saturday, May 16, 2020. Born in Leduc, Alberta, on February 6, 1921, she was the daughter of the late Martin and Margaret (Wahl) Bouska.

Frances entered the Sisters of Charity of the Immaculate Conception on September 8, 1941. She taught elementary school children in various areas of Western Canada, which included St. Alphonsus School in Edmonton, Alberta; Wetaskiwin, Alberta; St. Patrick’s Orphanage in Prince Albert, Saskatchewan and Sacred Heart School in Vancouver. Sister Frances moved to New Brunswick in the early 1970’s and taught at Holy Rosary School in St. Stephen and later at St. Patrick’s School in West Saint John. Sister Bouska returned to Western Canada in 1973 where she resumed her teaching career at St. Anthony’s School in Vancouver, British Columbia. She retired from teaching in 1974.   Sister Frances continued to serve in various ministries, which included literacy work with refugees and New Dawn L’Arche pastoral care and board member in Saint John, New Brunswick. She was known for her kindness to the little children and her artistic creativity.

Sister Frances was predeceased by her parents Martin and Margaret (Wahl) Bouska and her brother, Arnold Bouska.

Arrangements are under the care of Brenan’s Funeral Home, 111 Paradise Row, Saint John, N.B. (634-7424). Due to the current health restrictions, a service will be held at a later date. Interment to take place in St. Joseph’s Cemetery, Saint John, NB on Wednesday, May 20, 2020. www.BrenansFH.com

Share Your Memory of
Sister Frances
Upload Your Memory View All Memories
Be the first to upload a memory!