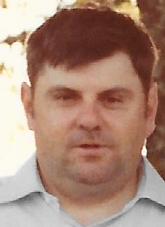 It is with sadness the family of Norman Douglas Melanson announce his passing at his residence Tucker Hall, Shannex on Thursday, June 4, 2020.  Norman was born December 28, 1944 in Saint John and was a lifelong resident of the city.

In his early years Norman attended Glen Falls School then Simonds High School and was a member of St. Ann’s Parish.  Norman was a proud “East-sider” and could often be heard asking any new acquaintances if they were from there too and did they know….   Norman loved trains and cars and had a keen interest in asking people about their cars and its features.    Norman had an interest in many subjects and had tremendous memory in his day for New Brunswick political facts as he was able to recite, in order the names of the premiers and their political affiliations.   Norm was one of a kind and those who knew him loved him!

As one of the first residents of Tucker Hall, Norman enjoyed his life there very much.  The staff who were his extended family, were extremely kind to him and provided him excellent care.   For this, we are forever grateful and appreciate everything that they have done for Norman and for all the residents to keep them safe; especially during this unprecedented and challenging  time.  They are our heroes!

Arrangements are under the care of Brenan’s Funeral Home, 111 Paradise Row, Saint John, New Brunswick, (634-7424).   Due to the current Covid-19 Restrictions, a private funeral will be held to celebrate Norman’s life and he will be interred at St. Joseph’s Cemetery.   Given the current circumstances, you are encouraged to visit www.BrenansFH.com to sign the online family guest book, offer condolences and share photos and memories.

Donations in memory of Norman can be made to the Cathedral Restoration Fund,  Canadian Mental Health Society or charity of the donor’s choice.

Share Your Memory of
Norman
Upload Your Memory View All Memories
Be the first to upload a memory!