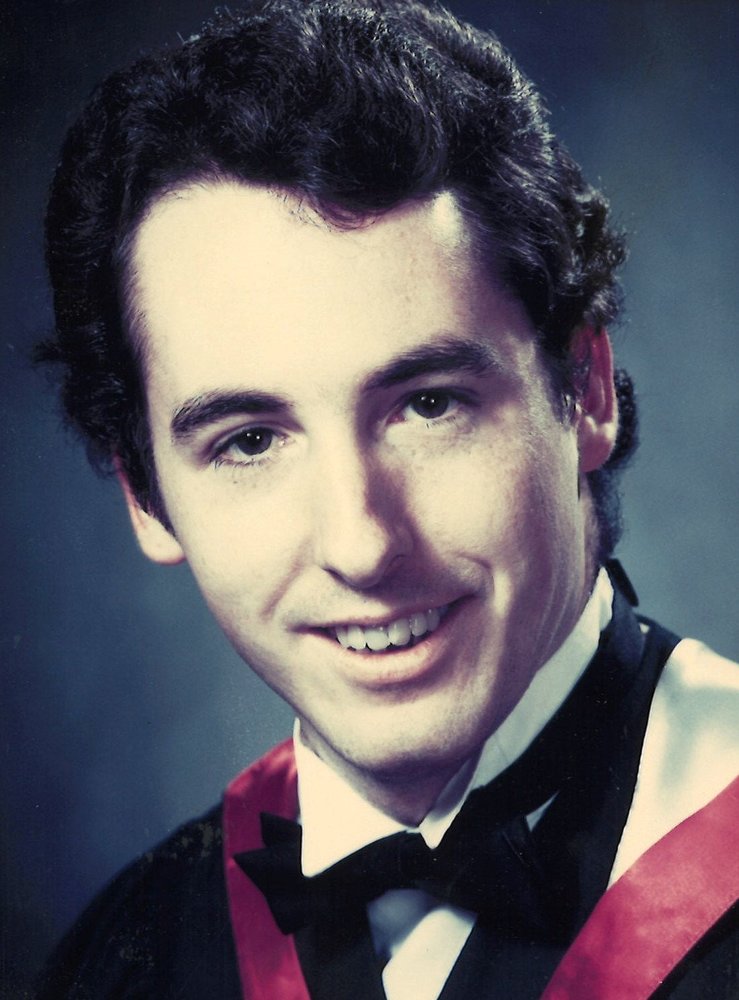 With heavy hearts, the family of Ronald Joseph McCann of Saint John announce his passing, which occurred on Sunday, June 14, 2020 at the Saint John Regional Hospital, after a period of failing health. Born December 13, 1962 in Boston, he was a son of the late Gordon John and Mary Theresa (Connolly) McCann.

Ron attended Dalhousie University and earned a bachelor’s degree in Psychology and then went on to obtain a Bachelor of Science degree in Occupational Therapy. His mental health declined shortly thereafter, leaving him unable to work in his profession. He accepted this with grace and dignity.

Ron was a sweet and caring soul and a man of great faith and courage despite his many health challenges. He carried his crosses with a faith so strong and unwavering despite it all.  He was an avid volunteer at Rocmaura Nursing Home and a very proud member of the Knights of Columbus. He always gave much more than he expected in return. In addition to his family, Ron had many friends whom he loved and appreciated so very much. He also had a great love of pizza which was his one constant yearning while in hospital. He will be missed by so many.

Ron will be remembered by his twin sister, Linda Margaret Johnston (Wayne) of Saint John; Linda and Wayne’s children, Matthew Thomas Wayne Johnston and Jennifer Lynn Johnston (Evan DeVault) of Victoria, BC; sister-in-law, Donna McCann, and her children: Catherine, Maria, Danielle, John-Paul and Michael (Weronika) and their children Olivia, Clara, and Bernadette, all of London, ON; and many cousins in Saint John and the Boston area. Ron was predeceased by his parents and his brother, David G. C. McCann.

and RT’s for his wonderful care at the Saint John Regional Hospital. We will never forget your kindness.

Arrangements are under the care of Brenan’s Funeral Home, 111 Paradise Row, Saint John (634-7424). A private Mass of Christian Burial will be celebrated. Due to current health advisories, all are invited to attend virtually by joining the webcast attached to Ron’s obituary on our website, www.BrenansFH.com on Thursday, June 18, 2020 at 11 am. Interment will take place at St. Augustine’s Cemetery, Westfield NB., immediately following the Mass. For those who wish, remembrances to the Saint John Regional Hospital Foundation or a charity of the donor’s choice would be appreciated by the family.

Share Your Memory of
Ronald
Upload Your Memory View All Memories
Be the first to upload a memory!