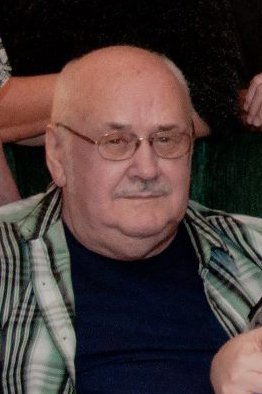 It is with great sadness that the family of Willard “Pete” Hartley Rodgerson announce his passing which occurred on Sunday, June 21, 2020, at Shannex Embassy Hall. He was the loving husband of 56 years to the late Marilyn (Mahaney) and a son of the late Willard and Annie (Porter) Rodgerson.

Pete is survived by his daughter, Susan Fillmore (John); two sons, Daniel Rodgerson (Joanne) and Michael Rodgerson; grandson, Peter Fillmore (Karyn) and great grandson, Adam Fillmore. In addition to his wife and parents, Pete was predeceased by his brother, Gerry, and his wife, Doris Rodgerson; and sister, Evadna Rodgerson.

The family would like to give a heartfelt thank you to the nurses and staff at Shannex, Embassy Hall for all their care and support while Pete was there.

Arrangements are under the care and direction of Brenan’s Funeral Home, 111 Paradise Row, Saint John, NB (634-7424). In keeping with Pete’s wishes, there will be no funeral service, a private interment will take place in Ocean View Memorial Gardens. Donations can be made to the SPCA of Saint John. Online condolences may be placed at www.BrenansFH.com

Share Your Memory of
Willard
Upload Your Memory View All Memories
Be the first to upload a memory!