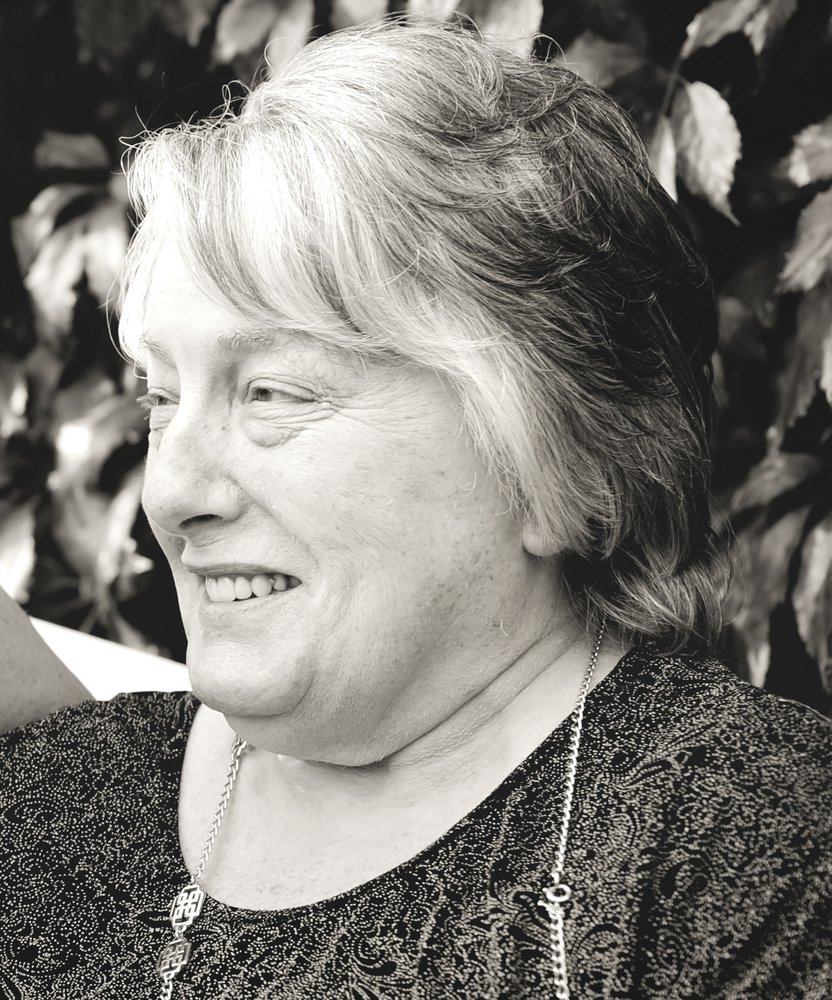 With heavy hearts the family announces the passing of Mary Ann Eileen (Dever) Hudson wife of the late John (Jack) Hudson which occurred at Shannex Tucker Hall on September 9, 2020. She was born in Saint John, NB on March 15, 1943. She was a daughter of the late Joe and Eileen (O’Brien) Dever.

Besides her husband and parents, she was predeceased by her best friend: Darlene (Doyle) Babineau and Ann Jeffrey; aunt: Helen (O’Brien) Gallant; first cousins: Jim Dever and wife Mary (McGillicuddy) Dever; brother-in-law Mark McCully; along with many other Dever and O’Brien cousins whom she was close with.

She graduated from St. Vincent’s Highschool in 1962 from the commercial program and went to St. Peter’s school prior. She was very involved in planning and facilitating the St. Vincent’s reunions which she enjoyed very much as she valued her 50 plus years of friendship with her fellow graduates.  She grew up in the North End and even though she lived on the Westside for a lot of her adult years she was always proud to say she was a North Ender.  She had an uncanny ability to recognize a North Ender just by looking at them.  She would say “You are a North Ender?” and they always said yes.  Once they told her their last name she could tell exactly where they lived growing up, or where their parents did.

Professionally she did several things.  She was a caregiver for over 20 years and a caregiver was who she was. Whether it was family, friends or work, she wanted to help people.  Even though struggled immensely with her health for many years she always looked out for the other people, especially seniors, when she was in hospital for 10 months and while at Shannex; working the canteen, leading Rosary and even helping seniors to eat or bring up their spirits. She made a lot of friends while living there and left a lasting impression on them by the kindness she showed and friendship she gave.  She valued being polite and expected that in return from others. She had a dry sense of humor, smart wit and loved to laugh.    She loved Irish music as well as the oldies and in addition loved to read; which she attributed to being a proofreader at the Telegraph Journal in the 70s. She was a devout Catholic until her passing; attending St. Peter’s Parish throughout her younger years.

The family want to send special thanks for the compassionate care received from Shannex Tucker Hall and Monsignor Sheehan.

She will be missed by all whose lives she touched.  “Goodbye for now daaarhling.”

Arrangements are under the care of Brenan’s Funeral Home, Paradise Row. As per her wishes there will be no visitation or mass.  A private service will take place at a future date. For those who wish, remembrances to Bobby's Hospice of Greater Saint John or the Heart and Stoke Foundation would be appreciated by the family. Online condolences may be placed at brenansfh.com.

Share Your Memory of
Mary Ann
Upload Your Memory View All Memories
Be the first to upload a memory!