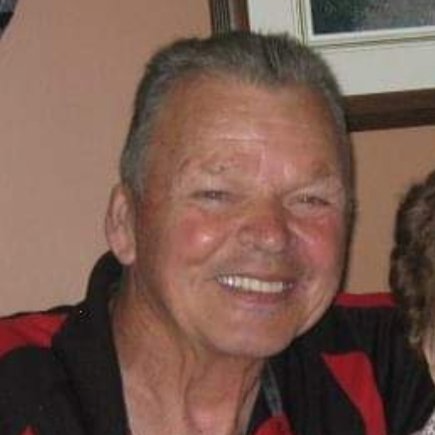 It is with heavy hearts that we announce the passing of John Albert Young, known to many as “Johnny” or “Johnny Cakes” on September 17th, 2020 at the Saint John Regional Hospital. John passed away peacefully with three of his beloved children by his side. John was born in Quarryville, New Brunswick on June 10th, 1941, he was the son to the late Monica Hubbard and the late John Young.

John had many careers throughout his life; he was a baker in his early years, farm hand, and he served in the military for two years. John spent most of his working life as an LPN at Centracare where he retired in 2002 after a 30-year long career.

John was an incredible athlete and competitor. He was an umpire for 40 years, and loved to play many sports including hockey, softball, and badminton to name a few. John was an avid boxer; he was a Five-Time Maritime & Atlantic Golden Glove Champion and spent many of his younger years in the ring. Later in life John picked up the sport of running where he spent many years training with family and friends. John ran in ten marathons including five in New York, two in Boston, one in Chicago, one in London England, and one in Saint John.

Family always came first for John. Every room he entered got a little bit brighter with his contagious laugh, big blue eyes, and heart of gold. His family was the centre of his world and he was the center of theirs. There was nothing he enjoyed more than watching and coaching his children and grandchildren playing sports. He loved to sing and loved music. He always looked forward to trips back home to Miramichi where he would visit his siblings and listen and sing along to their favorite songs. John had a tight-knit group of friends known to many as the “Tim’s Crew” that he would meet with every day. John cherished his children, family, and his friendships. He will truly be missed by all!

A special thanks go out to the Cardiac Care Unit at the Saint John Regional Hospital for going above and beyond and providing amazing care for John and his family over the past ten years.

Arrangements are under the care and direction of Brenan’s Funeral Home, 111 Paradise Row, Saint John, NB (634-7424) with visitations on Sunday, September 20th from 12:00 PM – 1:00 PM for immediate family and 1:00 PM – 8:00 PM for the public. Guests are asked to enter the funeral home using the courtyard entrance where staff will greet and assist you with Covid-19 protocol. A Mass of Christian Burial will be held on Monday, September 21st at 11:00 AM from the Holy Redeemer Parish (St. Pius X, 316 Somerset Street). Interment will take place in Fernhill Cemetery for those who wish to attend. Remembrances may be made in John’s memory to the Canadian Heart and Stroke Foundation. Online condolences may be placed at www.BrenansFH.com