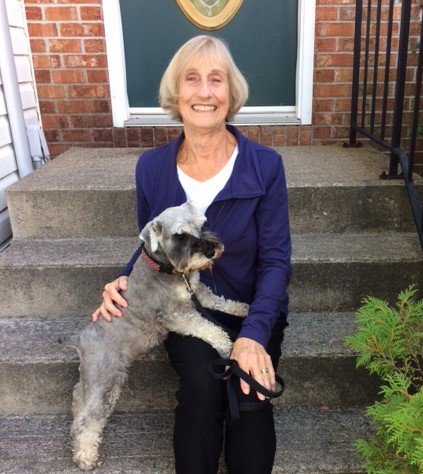 Funeral Service by Invitation Only

With profound sorrow the family of Susan Collins announces her sudden death at the age of 73 on Sunday, October 11, 2020 at her home in Saint John. She was the beloved mother of Neil Collins (Amanda Wang) of Richmond, BC and David Collins (Kathryn Howe) of Saint John, NB, and cherished Grannie of Jessica and Elizabeth. She is survived by her brother and sister, Bill and Nancy McCallum, and their families on the west coast, and was predeceased by her former husband Maurice Collins.

Born in Espanola, Ontario to Jack and Dorothy McCallum, Susan graduated from Queen’s University in 1968 and obtained her Masters in Library Science at the University of Pittsburgh in 1970. After a brief time in Fredericton, Susan settled in Saint John in 1979 where she worked at the University of New Brunswick Saint John’s Ward Chipman Library, eventually becoming Director of Information Systems and Services before her retirement in 2005. She was an active member of the Atlantic Provinces Library Association during her years as a librarian and was a strong voice for her profession.

Susan brought warmth, humour and friendship to countless friends and family members near and far. Her retirement years were full and active, including being a member of the Day Ladies Curling Club at Thistle St. Andrews and a 50 Plus Women Who Care member. She relished the summers that she spent at her beloved cottage on the Belleisle Bay with a dog at her side. She lived there fully and completely: swimming at every chance, enjoying meals on her mother’s dishes, delighting in the natural world, and listening to the waves as she went to sleep each night on her grandparents’ bed.

After being diagnosed with Multiple Myeloma in 2014, Susan refused to let the cancer slow her down and became a hardworking advocate for Myeloma patients, founding the Multiple Myeloma Support Group in New Brunswick and working with Myeloma Canada to improve patient care and outcomes. Her work gave invaluable hope and encouragement to Myeloma patients around the country.

Arrangements are under the care and direction of Brenan’s Funeral Home, 111 Paradise Row, Saint John (634-7424). There will be a memorial service at Grace Presbyterian Church on Saturday, October 24 at 2:00 PM. Due to COVID restrictions, in-person attendance is by invitation only. For those who are unable to attend, the service can be viewed by visiting Susan’s obituary on Brenan’s website.

Donations may be made in her memory to Multiple Myeloma Canada, the Saint John SPCA, the Fundy Library Region or any charity of choice. www.BrenansFH.com.

Share Your Memory of
Susan
Upload Your Memory View All Memories
Be the first to upload a memory!