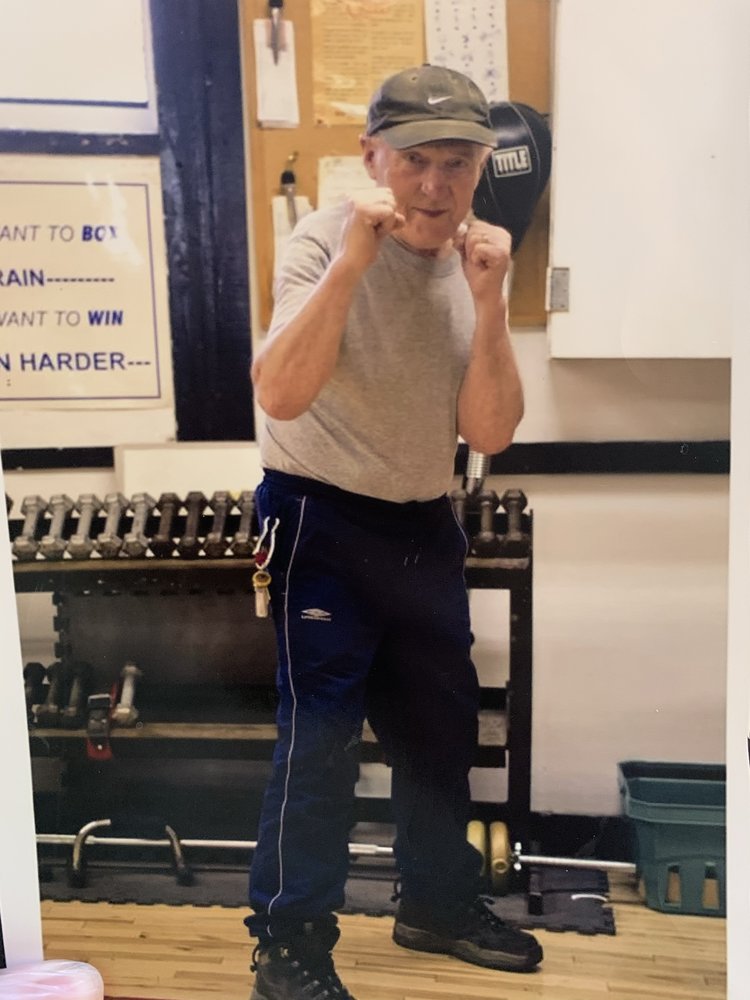 It is with great sadness that the family of Peter R. McGuigan announces his passing which occurred on Wednesday, October 28, 2020, at Kennebec Manor Nursing Home. Born in Dundee, Scotland, on January 17, 1930. He was a son of the late Michael and Julia McGuigan.

As many of you who were fortunate enough to have met Peter, you know he had two passions and love, his wife Alison, and boxing. Since arriving in Canada in 1995, he became a coach and mentor at Saint John Golden Gloves Boxing, he was involved in every aspect of boxing. Since a child having traveled all over Great Britain attending boxing events. His greatest memory was getting to meet, picture, and autograph of the late Cassius Clay (Muhammad Ali), he met a lot of the greats throughout his travels.

The family would also like to thank the staff of Kennebec Manor, special thanks to Brittany, Lucy, Dorothy.

Arrangements are under the care and direction of Brenan’s Funeral Home, 111 Paradise Row, Saint John, NB (634-7424). A visitation will take place on Sunday, November 1, 2020, from 2-8 PM. Guests are asked to enter the funeral home using the courtyard entrance, where staff will greet and assist you with Covid-19 protocol. A private family service will be held at a later date. Donations can be made to The Alzheimer’s Society of New Brunswick or a charity of donor’s choice. Online condolences may be placed at www.BrenansFH