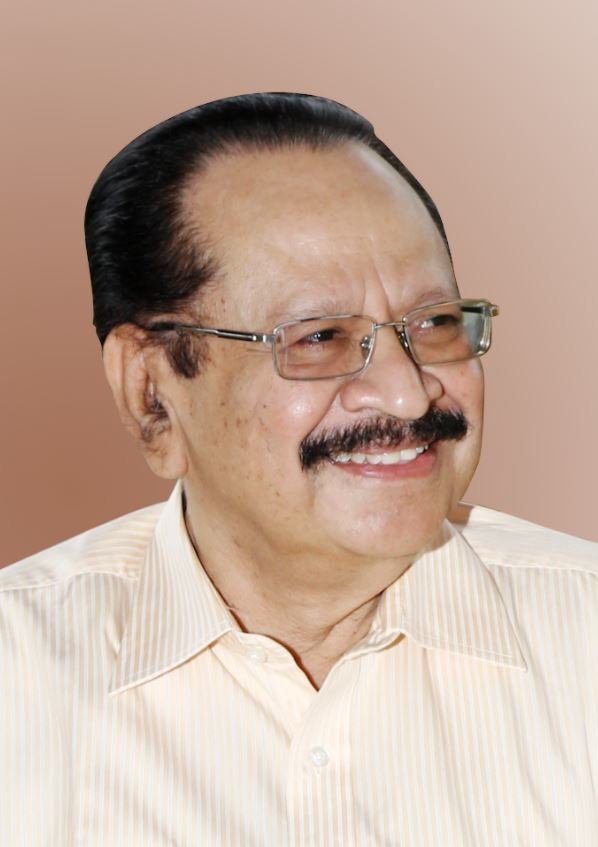 Print
Loading...
V
Vincent Bose posted a condolence
I am from piravom and now lives in San Francisco usa. My mom was the village officer at piravom the time he started carewell hospital. He was our family physician and become my good friend. Our condolences and prayers to chechi and kids. Vincent Bose and family.
Please wait
Share Comment
M
Mathew posted a condolence
Dr.Kuriakose was a kind person and good neighbor. He was always helpful to all neighbors. Heartfelt condolences to his family. From Mathew Kunjummattil.
Please wait
Share Comment
G
Geetha Mammen posted a condolence
Dear Latha and family, I had met Dr. Kuriakose only once, but his smile and calm demeanor stayed with me all these years! I also used to hear very good things about him from my late brother Soman. My heart felt condolences to Latha and family. May his soul Rest In Peace. Love, Geetha
Please wait
Share Comment
A
Anu Varghese posted a condolence
Our Kochachan The softest man I have ever known. You take one look at him and his peaceful smile, you are healed. To my mom and us, he was a guardian angel. When we needed him , be it day or night, he was always right by our side. He was a man who served the purpose of his life. Never he failed to help another who needed it and never he failed to console a distressed heart. A doctor who healed not just the body but the patient's soul with his peaceful smile. A heart with compassion and love for the weak. At the same time he had the courage to stand by the truth and goodness. May his good deeds sow the message of love for generations to come. May his soul rest in heavenly peace. Now we don't know where to turn to when we need him. We will miss him terribly. I haven't seen Kochachan without Latha Aunty and I cannot imagine Latha Aunty without Kochachan. They were one special couple who never left each other's side at times of joy and tears.. I pray Latha Aunty, Renjuchachan, Jeenachechi and kids find the peace and strength to move on.
Please wait
Share Comment
R
Reshma Kuruvilla posted a condolence
We used to go to Doctor at care well during our childhood days.. Remembering Doctor fondly.. May god give you all strength to cope.. Our Heartfelt condolences..From Family of Pappen Nirappukattil.
Please wait
Share Comment
J
Joy C P Dr posted a condolence
We were room mates when studying Intensive course at Maharaja, in 3rd year at Men's hosteland during house surgeoncy. Soft spoken, well behaving and always helping others. Great loss for me. Will remember for years to come. Condolences to Latha Renju and family.
Please wait
Share Comment "A humorous article written by Dr. P. Kuriakose (PK) in our college magazine 1969/70. Remember his humor side always.
Please wait
Share Comment
T
The Staff of 4BS posted a condolence
Dr. Kuriakose so sorry for your loss, Please accecpt our condolences the Nursing staff of 4BS.
Please wait
Share Comment
D
David Nicholson posted a condolence
Dear friends... Jesus said; "“Do not let your hearts be troubled. You believe in God; believe in Me as well. In My Father’s house are many rooms. If it were not so, would I have told you that I am going there to prepare a place for you..." John 14:1 May the peace and comfort of our Lord be with you all in this time of loss. Praying for you all. David
Please wait
Share Comment
C
Carla Foster posted a condolence
Dr. Renju Kuriakose I am so very very sorry to hear of the lose of your father. My condolences to you and your family. I know how difficult this must be for you. Carla Foster Patient
Please wait
Share Comment
K
Kiran Philips posted a condolence
Dr.P. Kuriakos: Healer and reformer of Piravom. Is there a question that Christ asks those who come to his side? What do you want me to do? What can a sick person ask him? Unless you want to heal me ....... He healed everyone who came to him. He traveled only as far as he could walk, and this nomadic friend was the healer of all human beings on earth - not only those born today, but those who are yet to be born. Every physician is a version of Christ, the physician of the universe. Dr. P. Kuriakos was the healer of an entire nation. He not only healed the sick but also healed the country. Like Christ, he spent most of his life traveling to and from his own Carewell Hospital, less than a kilometer from his home. Piravom was quite a village in the first quarter of the twentieth century. Notably, there were the Piravom Great Church, the Catholic Church, two schools, the undeveloped Piravom Market, the infantile PMP Hospital, and the Government Hospital. Even the buses passing through Piravom were few. Two or three people had a taxi jeep. And non-tarred roads. To reach this area, which is surrounded by the Muvattupuzha river, people from densely populated areas like Kalampur, Vattapara and Thirumarayoor used to rely on ferries. Born in the village of Periyampra near Thodupuzha, Dr. P. Kuriakos started his own hospital in the isolated land of Piravom. His ministry was even more adventurous. If he had the desire to make money he could have started in an area close to the hospital town. But for him, his ministry was God's commission. He was rushed to his hospital in Piravom by poor men. He was punctual. Arriving at the hospital on time, he entered the hospital with a small smile as those waiting in the verandah and yard would stand up and pay their respects to him. He spoke in moderation and was a source of comfort and healing to the sick. I do not remember visiting another doctor until the early 1990s. Carewell Hospital is my second home. Not only to me, but to many poor and ordinary people in our country. God chose Dr. Kuriakos to save my only sister, who was a baby who faced death. He loved me as a son. I met him after a gap of years when I was serving as a priest at Muvattupuzha Church. I shared with him my childhood memories of being in the hospital. It gave me great pleasure that he remembered me. In the developmental history of Piravom, Dr. The role of Kuriakos is unforgettable. The main links that connect the people of the surrounding areas of Piravom with Piravom. Kuriakos and his Carewell Hospital. He was the bridge of Piravom. He holds a prominent position in shaping the history of Piravom. The history of the growth of P. Rawat is also the history of Dr. Kuriakos. Gentle and respectful, he will always be one of the leading sculptors in the historical construction of Piravom. He understood the blessings of the Great Church of Piravom as the basis of his growth. He leaves this world after completing a meaningful ministry and life mission. Residents of Piravom share the grief of his demise with his family. I pray that God will comfort the family members. I wish him peace of mind. With prayer and respect F. Binoy John.
Please wait
Share Comment
K
Kiran Philips Posted Nov 24, 2020 at 11:40 AM
Translated on behalf of Father Binoy John
Report
K
Kiran Philips uploaded photo(s) Share Your Memory of
Dr. Kuriakose
Upload Your Memory View All Memories
Be the first to upload a memory!