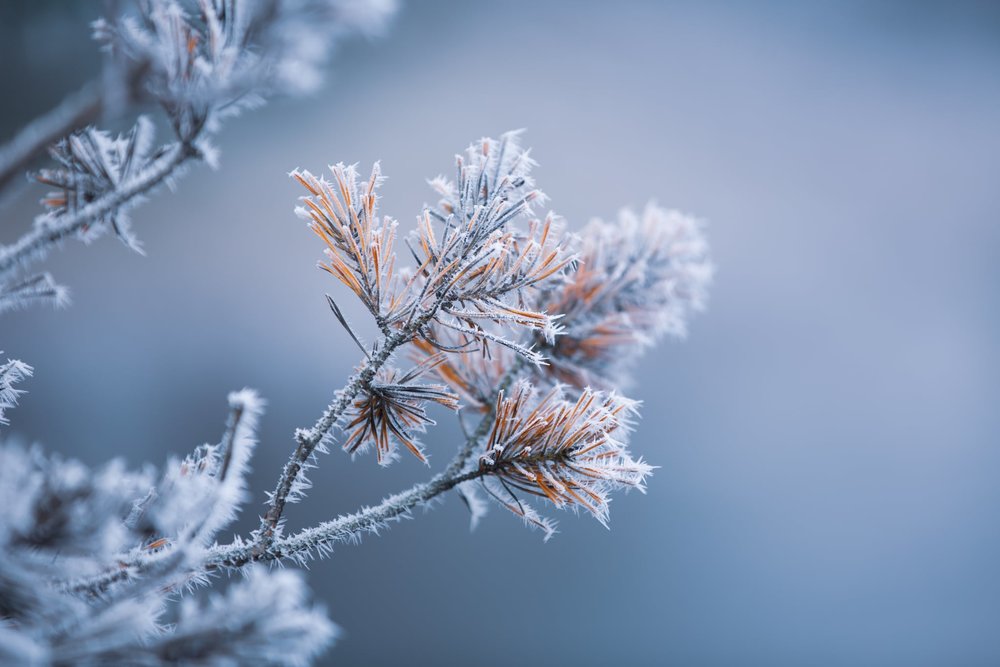 Print
Loading...
K
Kelly Ferris posted a condolence
Tim, I am so sorry to hear of Irene’s passing. She was a beautiful soul. I know she is in heaven with Mom (Valerie) wreaking havoc and having a grand old time. Kelly
Please wait
Share Comment
H
Heather Reed posted a condolence
For My Beautiful Friend,Irene Rootes.........who made the earth more Beautiful,,,,just by being here.......”if you remember anything of me,after I leave this world,remember,that I Loved........even when it was foolish.That I cared,even when,it was unwanted.When,my body is gone,Remember My Heart !” Author Unknown You have been an incredible GIFT,,,,,,for us ALL....II,,,,Love You,,,,,Beyond,Hezzie.
Please wait
Share Comment
J
Joy Hobson posted a condolence
So sorry for your loss Tim; So sorry that Irene has left us. Irene was a witty and entertaining friend, She will be missed. Joy Hobson
Please wait
Share Comment
V
Vicki McWhinnie posted a condolence
Feel so very privileged to have had you as my lovely Aunty Irene, and of course Uncle Tim. Although we never got to see each other much, you will always be remembered as my smiling, laughing aunty who gave the greatest hugs which made you know you were loved by someone truly special. You will always be remembered with great love by me, Marie and Paul and of course your wee brother Robert. Sending huge hugs to lovely Uncle Tim ❤
Please wait
Share Comment
M
Mary Hancox uploaded photo(s) Whilst we didn’t see too much of Auntie Irene as she was over in Canada, we loved it when she came to visit us in Yorkshire when we were children, along with Uncle Tim, filling the house with lots of laughter. In turn, we were very much welcomed when we went to visit them in Halifax, Nova Scotia (a bit more glamorous than the Yorkshire one), where we were thoroughly spoilt and enjoyed getting to know our fabulous Auntie Irene and Uncle Tim. Lots of love, the McIntyres xx
Please wait
Share Comment
T
The McIntyres uploaded photo(s) Whilst we didn’t see too much of Auntie Irene as she was over in Canada, we loved it when she came to visit us in Yorkshire when we were children, along with Uncle Tim, filling the house with lots of laughter. In turn, we were very much welcomed when we went to visit them in Halifax, Nova Scotia (a bit more glamorous than the Yorkshire one), where we were thoroughly spoilt and enjoyed getting to know our fabulous Auntie Irene and Uncle Tim. Lots of love, the McIntyres xx
Please wait
Share Comment
I
Irene's brothers and sisters ( by Anne) posted a condolence
Our dear sister Irene was a loving, warm, and fun loving sister. Irene was the second oldest in a family of nine siblings and we have many happy memories of family life with our Mum and Dad. Irene and our older sister Rita were often dragooned by Mum to take care of their younger siblings (Not sure if this was done willingly!) We will all remember the wonderful adventures we had with Irene whether it was going to Parklea beach for picnics, or going to the cinema, with the very best treat of all having sweets and fizzy drinks. I know Rita and my two older brothers Andrew and Billy also would have many fond memories of their time with Irene as they all shared a keen sense of humour. We were very lucky to have such a happy family life! Irene will always have our love and a very special place in the hearts of all her brothers and sisters. Tim and Irene were indeed a marriage made in heaven and we would all like to thank Tim for being such a loving and considerate husband, and for the loving kindness and care he gave to Irene, not only when she was ill, but all through their married life. Rest in peace Irene. All our love always, Rita, Andrew, Billy {R.I.P.), Mary, Jean, Anne, John and Robert.
Please wait
Share Comment
J
Jordan Reed posted a condolence
Auntie Irene, your warm and loving spirit, and hilarious charm will always remain in my heart. Thank you for holding me when I was brand new, for being so exciting to visit with growing up, and thank you for your support of my home birth. I hold your stories and wisdom close to my heart. Love Jordan
Please wait
Share Comment

Christine Harkness Reilly posted a condolence
On behalf of my mother Rita, older sister of Irene, my father Eddie, myself and my siblings, I would like to express our sympathy and condolences to uncle Tim on the loss of our dear aunt Irene. She will be sadly missed by all of us. Also remembering here Irene's younger brother who shared her wonderful sense of humour and joie de vivre, our dear uncle Billy. Requiescant in pace.
Please wait
Share Comment
M
Mary Picton uploaded photo(s) + 4
My wonderful big sister Irene was like a second mum for me growing up and beyond. When I first moved down to London to work in the civil service our weekly calls were my solace, and when I went off to travel in Canada, it was Irene who was despatched to get me back! We were always involved in each other’s lives a great deal, sharing a flat in Montreal and having great fun – she was the first to meet my future husband, Tony, and of course, ended up meeting and marrying Tim and staying in Canada herself. Irene was always there for support whenever I had a new baby (one of the photos is us with my first child, Thomas) and she and Tim carried on co-parenting even when we went back to the UK, taking the children on holidays and giving us all of her time in a way that meant so much. And this was alongside her many other interests, talents and professions which took her (for example) from being a highly respected Matron to IBM to fundraising for Philharmonic orchestras in Berlin and Saint John. I wish she was still here to talk to now and we all miss her so very much. Our condolences to Tim, her husband of many happy years.
Please wait
Share Comment
T
Trish posted a condolence
On behalf of the staff and volunteers of the Arthritis Society, we were very sorry to hear of Irene’s passing and we send our deepest condolences to her family and friends during these difficult days. Our hearts and prayers are with you. We express our gratitude to be named as a recipient of gifts in Irene’s memory to help carry on her legacy in support of Canadians living with arthritis. With sympathies, Trish Barbato, President & CEO of the Arthritis Society
Please wait
Share Comment
W
Wendy Rootes posted a condolence
Irene possessed such a lovely combination of a sharp wit, humour, compassion and wisdom. I will never forget her comment when she was over in Englandcfor Tim's mother's funeral and we were talking about my increasingly troubling health issues and the demands of full time teaching. I can hear now her beautiful, lilting voice and direct look at John and I, " Well my dears, you need to resign now, sell up and move to Frome". Frome, in Somerset, was where our daughter and family lived and moving there was something we had thought of of for many years hence but definitely not so soon. Retiring and moving to the other side of the country was an almost unthinkable change of direction at the age of 55. She was totally right though in her ability to read a situation and know what was needed. Within a few months I had given in my notice, and within 9 months we were living in Frome! We have lived here for 12 years now, our other two daughters have moved here also, and we are surrounded by 6 lovely grandchildren. It was the best thing we could ever have done. Thank you dear Irene!!
Please wait
Share Comment
T
Tom and Louise Cremona and Rich and Kaylynn uploaded photo(s)

God so blessed me/us with meeting Irene and Tim over 24 years ago in Yorktown, VA. She became my "adopted Mama". Such great memories we all shared together with parties at one another's home, all they did when I was a single mom with Rich to help raise him, great visits to Halifax and St. John, meeting many of their amazing family and friends, and sharing our faith. We shared laughter and tears, as well as lots of phone calls. I will miss her hugs, love, laughter, and support. Loves, hugs, and prayers to all who knew her! Tom&Louise Cremona and Rich&Kaylynn Lamarre
Please wait
Share Comment
T
Tom and Louise Cremona and Rich and Kaylynn uploaded photo(s)

Please wait
Share Comment
H
Heather zTerry Reed posted a condolence
Dear Irene,thank you for Blessing All of our lives,with your Love,and great Humour! You and Tim,had the best soirées ever,always an eclectic group,who loved you both like the families,you missed across the pond.....You waved your Magic Wand of Love and Humour,and we were smittened for Life❣️We all quite adored You......and will miss your amazing presence,in our lives,,,,Loved You Beyond,,,,,Hezzie( Heather) and Terry.Reed ❤️
Please wait
Share Comment
M
Mary Picton Posted Jan 6, 2021 at 6:13 PM
Aw Hezzie, what a lovely tribute to your wonderful friendship! Wish we could be there to catch up but sending lots of love from the UK - Irene xxx
Report
M
Mary Picton uploaded photo(s) We already greatly miss our wonderful and unique Auntie Irene, her fabulous sense of fun, her abundant life wisdom and ability to break into song under even the most trying of circumstances! Fluent in Glaswegian, English and her particular brand of French, Auntie Irene was a talented pianist, stylist and all-round entertainer. She generously allowed us to join her on holidays in a number of glamourous locations and helped start our careers by encouraging her workplace to take us on as ‘interns’. We are sure she will be teaching the angels how to do her famous ‘wintry’ smile as we speak. As my sister Catherine says, “There can never be anyone like Auntie Irene and we were lucky to have her”.
Please wait
Share Comment
H
Heather Reed Posted Jan 5, 2021 at 5:48 PM
I love this sooo.much Irene,,,,,and she adored You,Catherine,,,and the full crew of Mary’s and Tony’s,,,,you were Tim and Irenes Heart ❤️ Hezzie.7A
Report
B
The family of Irene Rootes uploaded a photo

Share Your Memory of
Irene
Upload Your Memory View All Memories
Be the first to upload a memory!