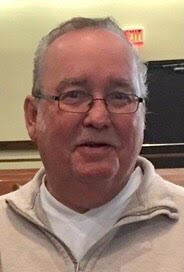 It is with heavy hearts that the family of William James “Bill” Allen announces his passing, which occurred on Monday, February 8, 2021 at the Saint John Regional Hospital. Born in Kingston, ON, on April 13, 1950, he was a son of the late Wilfred and Beverly (Donaldson) Allen.

In addition to his parents, Bill was predeceased by a son Douglas Allen in 2008; and his siblings, Gay Allen, Dawn Hartwick and Ian Allen.

Arrangements are under the care and direction of Brenan’s Funeral Home, 111 Paradise Row, Saint John, NB (634-7424). Due to current public health restrictions, the visitation and funeral will be held privately. For those unable to attend the funeral, a livestream of the service will be available on Bill’s obituary on Brenan’s website beginning on Saturday, February 13, 2021 at 1:00 pm. In lieu of flowers, remembrances made to Romero House would be appreciated by the family. Online condolences may be placed at www.BrenansFH.com

Share Your Memory of
Bill
Upload Your Memory View All Memories
Be the first to upload a memory!