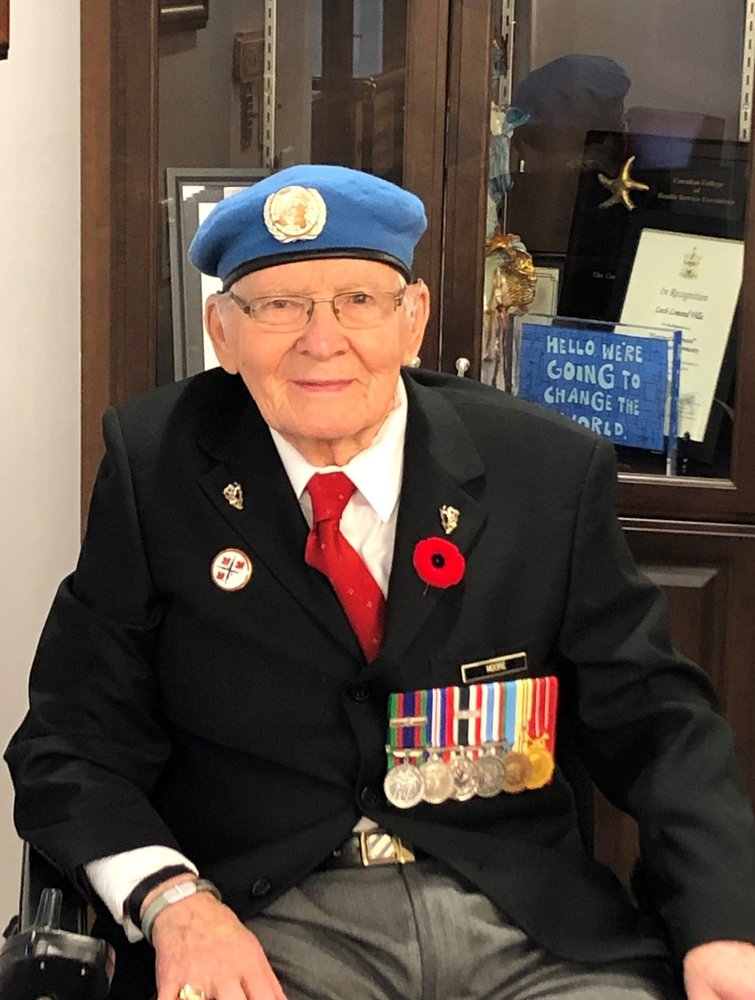 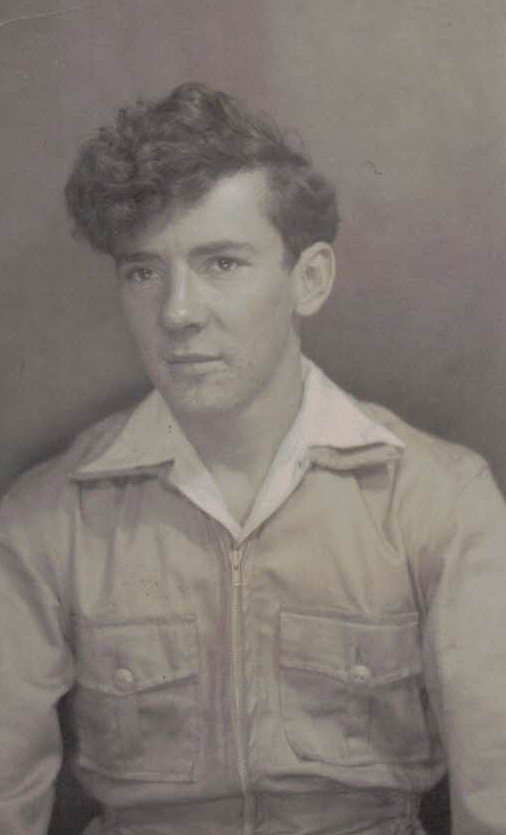 Aubrey Elgee Frankland Moore, born in Oxford Junction in Nova Scotia on Oct 1st, 1926. He was one of 11 brothers and sisters, and according to him, he was the apple of his mother’s eye, and we are sure he was. There is a butter churn in one of the lounges at Loch Lomond Villa and every time dad was in that lounge he would recount that one of his jobs was to churn butter for a family of 13, a task he did not relish and when he thought the butter was ready his mother would say “keep going”.  To his last day he would tell you that his shoulder would hurt just seeing that butter churn.

He spent his youth fishing, hunting and generally enjoying time with his family and friends. He and his best friend, Murdock Rushton, were very mischievous pranksters and typical teenagers, his life resembled the life and times of Tom Sawyer.

After lying about his age, he joined the Merchant Marines it was during the war and one of his tasks was shoveling coal on the ship.

As a teenager, Aubrey’s friend George (mom’s brother) had a sister who was a wonderful musician and Aubrey asked her to teach him to play guitar. Her name was Grace and his world was never the same. He did learn to play guitar, but he also learned to be a husband, father and grandfather as they built their life together for over 70 years.

Shortly after they married, Aubrey joined the armed forces in the Signal Corps and became a radio operator sending morse code messages around the world.

Around this time, Murdock married Aubrey’s sister, Estella and the four were inseparable. His best friend became his brother-in-law and Aubrey and Grace could not have been happier.

They moved all over the world for his career in the forces, always with the love of their friends and family following them and often with Murdock and Estella not far away.

They had their faith, music and an uncanny ability to make friends wherever they went. Aubrey and Grace had a great life together. They travelled a lot, sang and played music to friends, family, church and community groups. As the years passed they both lived at Loch Lomond Villa, Grace at The Villa in Elm House for several years until she passed away in Jan, 2019, while Aubrey lived in the apt buildings (The Cornerstone). He then went to live in Assisted Living in (The Milestone) and for the last four years in Elm House at “The Villa”. Every time you spoke to Aubrey he would say “I sleep well, I eat well and I am well cared for- Given the circumstances I couldn’t want more” He would spend hours regaling us with wonderful stories of his 94 year life.

Aubrey was a man with a great sense of humour, and a strong commitment to his faith. He was liked by everyone who crossed his path. He left us with wonderful memories, words cannot express how much he will be missed.

Special thanks to the wonderful staff at Loch Lomond Villa, the love care and compassion you showed mom and dad was beyond exceptional. To all the staff on 5CN and 3BN, you were so loving and caring in Dad’s final days.

We will always remember mom and dad playing the guitar and singing together, “I’ll fly away”

Arrangements are under the care and direction of Brenan’s Funeral Home, 111 Paradise Row, Saint John, NB (634-7424). Due to the current health restrictions, a service will be held at a later date. Interment will take place in Oxford, NS in the summer. For those who wish, remembrances in Aubrey’s name can be made to the Loch Lomond Village Foundation or Gideons International. www.BrenansFH.com.

Share Your Memory of
Aubrey
Upload Your Memory View All Memories
Be the first to upload a memory!