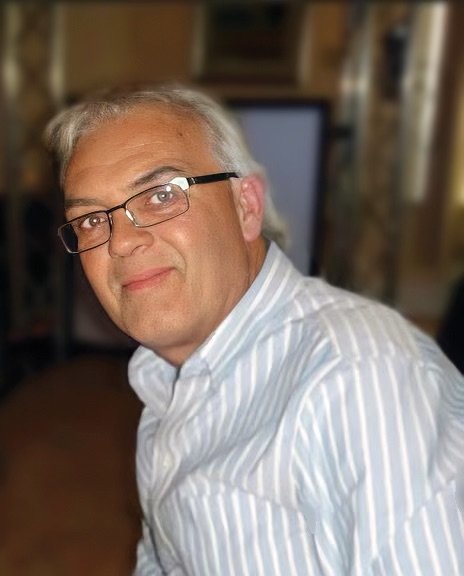 With heavy hearts, the family of Peter Creamer announces his passing at the Saint John Regional Hospital on Tuesday, February 23, 2021 after a brief illness. The son of the late Dr. Roy Creamer and the late Shirley McAllister Creamer, Peter was born in Halifax on March 4, 1958 and moved to Saint John with his family in 1960. Through his various positions over the years—whether at Canada Post, Eastern Credit Management Services, in real estate or as a service representative at Nissan and Brett’s—Peter touched many lives with his warm, engaging personality. He was a “people person” who had a gift for storytelling, and he loved connecting with people of all walks of life.

Growing up in a family of nine children, Peter was known for his big heart and his great sense of humour. He was always ready with a prank, quick joke or story to lighten any situation. Memories abound from times spent with his parents, siblings and friends at Harbary Terrace and summers at the family cottage on the St. John River. Peter was close to all of his siblings, but was especially so with his two big brothers with whom he shared many adventures and an unbreakable bond.

Kind, gentle and caring, Peter was above all a family man. His love for his wife, Loretta, was unwavering as she battled early-onset Alzheimer’s. He spent every possible moment by her side trying to ensure her happiness and comfort. Peter was a loving father who was there for his children at the drop of a hat. He had incredible love and pride for all of them, his face beaming at their mention. His grandchildren held a special place in his heart. In particular, Peter spent much special time with his oldest granddaughter, Alanna—Alanna and her Papa were best buddies.

In addition to his beloved wife, Peter is survived by his children: Jonathan (Diep) of Edmonton, AB; Garrett (Christina) and Shayna of Quispamsis; his grandchildren: Alanna, Alexis, Levi and Georgia; his siblings: Mary Ann, Thomas, Robert, Nancy, Lucinda, June, Margo and Nea; his mother-in-law, Marg Breau; his brothers and sisters in law; many nieces and nephews; his aunt, Barbara Fleming; and many cousins.

Visitation will take place on Sunday, February 28, 2021 at Brenan’s Funeral Home from 2 pm to 8 pm. Due to current health restrictions, visitation will be by reservation only. The public are asked to reserve a time by emailing registration@BrenansFH.com. A private Mass of Christian Burial will be held at Our Lady of Perpetual Help Church on Monday, March 1 at 11 am. The Mass will be livestreamed and can be viewed by visiting Peter’s obituary at www.BrenansFH.com. A private interment will take place at St. Joseph’s Cemetery. Arrangements are under the care and direction of Brenan’s Funeral Home, 111 Paradise Row, Saint John, NB (634-7424).

For those who wish, donations to the Alzheimer’s Society, Heart and Stroke Foundation, or a charity of the donor’s choice, would be greatly appreciated by the family.