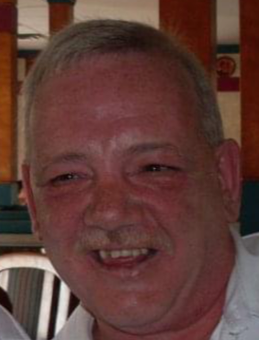 It is with broken hearts that the family of Kevin Mark Harvey announce his passing on Wednesday, February 24, 2021 at the Saint John Regional Hospital. Born on May 19, 1960 in Saint John, he was a son of the late John and Agnes (McGrath) Harvey.

Kevin was a loyal employee of NB Liquor for 18 years and loved his job, his co-workers and the public. He was a true sports enthusiast and closely followed the Boston Red Sox, Boston Celtics and Pittsburgh Steelers. However, everyone knew Kevin’s true loyalty stood with the Toronto Maple Leafs! Above all, Kevin loved his family and especially enjoyed spending time with his precious grandchildren.

In addition to his parents, Kevin was predeceased by his son, Matthew and brother, Michael.

Resting at Brenan’s Funeral Home, 111 Paradise Row, Saint John (634-7424). Due to the current health restrictions, the visitation and funeral service will be by invitation only. For those unable to attend, the service will be livestreamed and can be viewed by visiting Kevin’s obituary on Brenan’s website on Wednesday, March 3, 2021 at 12 PM. Interment will take place in Fernhill Cemetery. For those who wish, remembrances in Kevin’s memory can be made to the Canadian Cancer Society. www.BrenansFH.com.

Share Your Memory of
Kevin
Upload Your Memory View All Memories
Be the first to upload a memory!