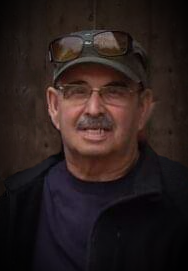 It is with appreciation for a life well lived that the family of Bernie Walter Robert Woods announce his peaceful passing on March 8, 2021 at the Saint John Regional Hospital with his loving family by his side. Born on July 9, 1948 in Saint John, NB, he was a son of the late Robert and Zeita (Carney) Woods.

In addition to his parents, Bernie was predeceased by his brother, Edward; sister, Betty Ann; and nephew, Hal Whipple.

Arrangements are under the care and direction of Brenan’s Funeral Home, 111 Paradise Row, Saint John, NB (634-7424). In keeping with Bernie’s wishes, there will be no visitation or funeral service. For those who wish, remembrances in Bernie’s name can be made to the Hampton Food Bank or a charity of the donor’s choice. www.BrenansFH.com.

Share Your Memory of
Bernie
Upload Your Memory View All Memories
Be the first to upload a memory!