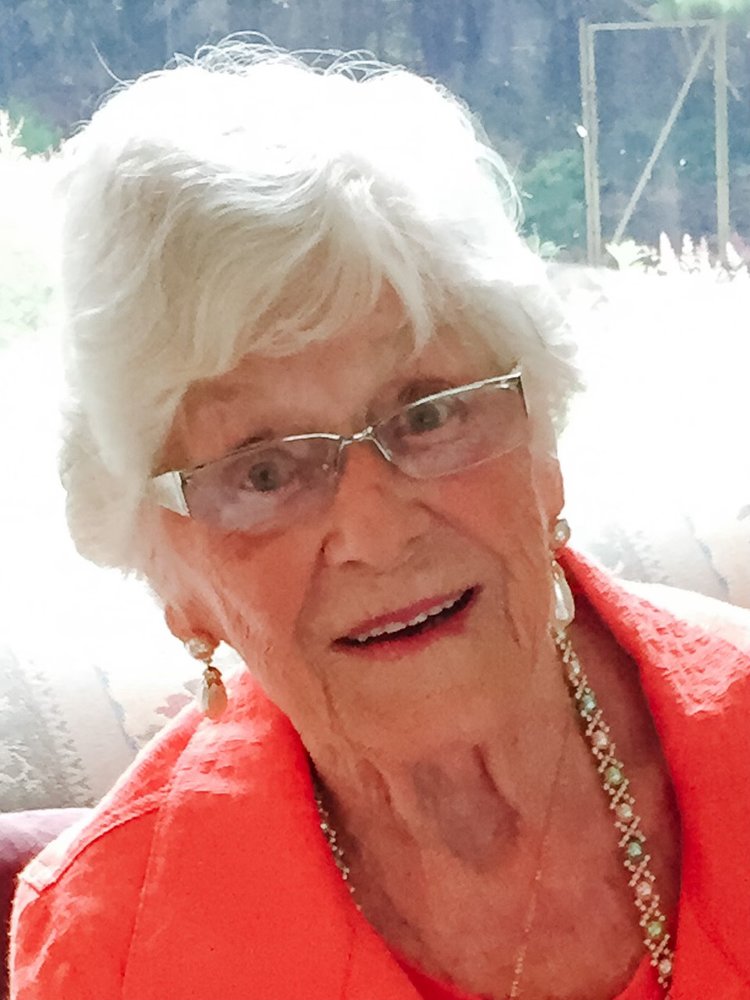 On April 15, 2021, just shy of her ninetieth birthday Gloria Joan Beckingham passed away peacefully at the Loch Lomond Villa.  Born in Saint John, NB on May 12th, l931 Gloria was the only daughter to the late Margaret (Barr) Whittaker and Harry Barr.  Gloria spent her entire life in Saint John except for the early years of her marriage to James Douglas Beckingham.  She married Doug on October 3, 1953 and relocated to Nova Scotia where they welcomed their three sons Grant, Kirk and Scott.  Gloria had fond memories of the years the family lived in Yarmouth.   There was not a family gathering that the stories of those years were not the forefront of a conversation.   After moving back to Saint John, they resided in Kennebecasis Park where they remained and raised their family.  Gloria was a dedicated mother first and foremost and a loving wife for 26 years before the sudden death of her husband Doug.  Gloria was also predeceased by her stepfather Walter A. Whittaker.

As an active member in her community Gloria belonged to Bridge Clubs, the Riverside Golf and Curling Club, the Kennebecasis Garden Club, and St. Paul’s Anglican Church.  Gloria gave back to her community by volunteering at the Saint John General and Regional Hospital, as well as, with the New Brunswick Music Festival.  An avid shopper Gloria loved her shopping trips State side, either by bus or with the girls.  These trips were famous for great fun, much laughter and most importantly great bargains.   Later in life, Gloria enrolled in a Bachelor of Arts program at UNBSJ.  She delighted in lifelong learning, but was more motivated by the joy of attending classes with her sons.   Often, however, and to their dismay, “Joanie” outperformed them.    In these years Gloria was also employed in Dr. Cunningham’s Dental practice loving the interaction with people and the uptown atmosphere.

Gloria’s greatest love and pride were her three sons matched only by her love for her six Grandchildren (Ashley, Keil, Heather, Andrew, Jeffrey and David) along with their mothers Catherine and Beth, “the daughters I never had”.     Gloria felt it a privilege and a blessing to have lived long enough to have seen the birth of five great grandchildren.  She was overjoyed at the birth of each arrival.   A proud woman, thankful for all life’s blessings, Gloria was thoughtful of others and generous to those in need.  She will also be remembered for her quick wit and her one-line zingers.

Survived by her sons Grant (Catherine) of Norton, Kirk (Beth) of Rothesay, Scott of New Maryland, her Six Grandchildren and Five Great Grandchildren to whom she was the matriarch of the family.  She will be forever missed, never forgotten and her traditions will continue forever.

The family would like to express their deepest gratitude, appreciation and admiration to the amazing staff of the Loch Lomond Villa, especially those working on Elm House.  The love, compassion, and exceptional care given was beyond the call of duty.  With the restrictions Covid created you still rose to the top.  All of you played a huge part in giving not only our mother, but all the residents a safe and loving home for which to live.  With the number one goal, to keep them all smiling.

Arrangements are under the care of Brenan’s Funeral Home, 111 Paradise Row, Saint John, NB (634-7424). In keeping with the family’s wishes, there will be no visitation. A family funeral of Christian burial will be held at St. Paul’s Anglican Church in Rothesay. Donations may be made to the Loch Lomond Villa Foundation or Bobby’s Hospice in memory of Gloria.