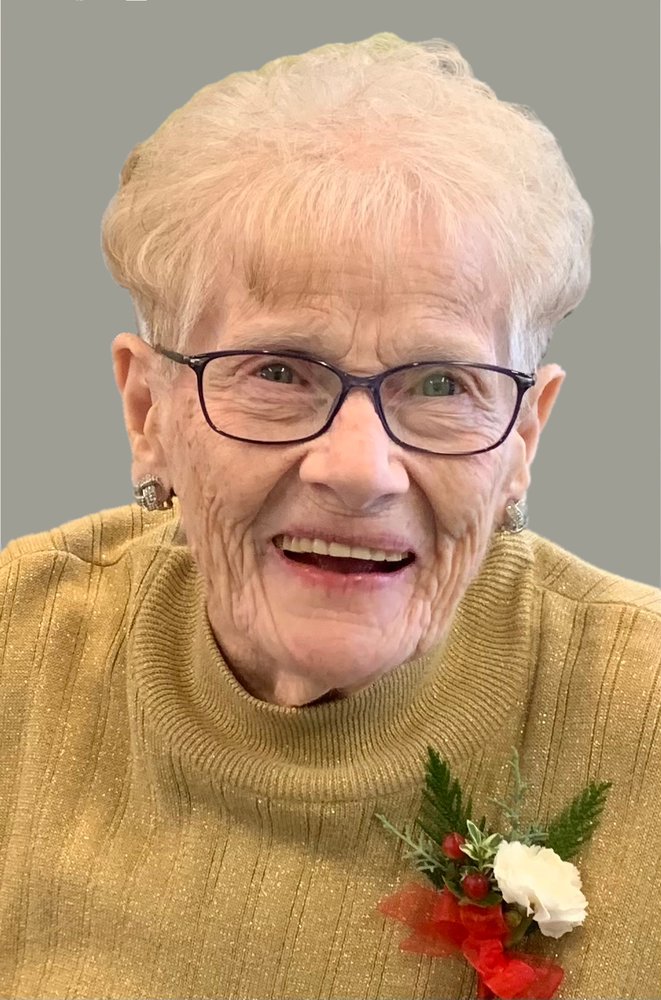 Get Directions
Thursday
13
May

It is with broken hearts, the family of Grace Audrey Ritchie (Rogerson) announce her passing on Sunday, May 9, 2021 at the Kings Way Care Centre in Quispamsis, NB.

Grace was born on December 13th, 1929, in St. Stephen, NB. She was predeceased by her parents, Maynard and Agatha (Blackall) Rogerson, her brother Ralph Rogerson (a Korean War Veteran) and his wife Cassie. She was also predeceased by her husband, the late Elmer Ritchie, and her cherished daughter, Kathy Vincent.

She is survived by her beloved daughter, Carol Powers and her son in law, Peter Vincent. She is also survived by her pride and joy, her grandchildren, Richard Powers (Gisele Hachey), Sarah Vincent (Justin McManus), and Bradley Vincent (Kristy) and her great grandchildren, Amanda Hachey (Rob Hicks), Robert Hachey (Adena Andrews), and Gabriel Vincent. She was also excited to know there are two more great grand-babies on the way. Grace is also survived by several nieces and nephews, and treasured family fur babies.

Grace graduated from Saint John High and was formally employed at NBTel until leaving to raise her family. She was a member of St. Mary’s and St. Bartholomew’s Church. Grace was a life member of Jervis Bay Branch #53 Ladies Auxiliary (joined in April 1954), the PC Association (both Federal and Provincial), and she was Past President of the Fundy Royal Riding. She was a 31 year member and Past President of the Wednesday Morning Bowling League at Bowlmore (Haymarket Square). Grace was also a member of the Pacer Walking Club at McAllister Place Mall, as well as the Time Stoppers Group at the Aquatic Center. She most especially enjoyed her Seniors Coffee Club at McDonalds in Walmart and her monthly Card Club with the “girls”.

She always enjoyed her time at the Hunter Lake Cottage and later the 20 years she spent at her trailer at Island View Campground in St. Andrews, NB. She cherished her annual family vacations to PEI. She was passionate about watching her Montreal Canadiens and loved passing her time playing Bingo, reading, and doing word puzzles.

Many heartfelt thanks to our very supportive family and friends. The exceptional care that Grace received from Dr. Anna London over the years, followed by the doctors, nurses and staff at Kings Way was nothing short of amazing.

Visitation will be held at St. Mary and St. Bartholomew’s Church from 10am to 1pm, beginning with a Legion Tribute, then funeral service at 2pm on Thursday, May 13th, 2021. The service will be live-streamed on Youtube and Facebook at SMSB Church. In lieu of flowers, donations can be made to the Kings Way Care Centre, the Legion Branch #53 Ladies Auxiliary, the SPCA, or a charity of your choice.

Share Your Memory of
Grace
Upload Your Memory View All Memories
Be the first to upload a memory!