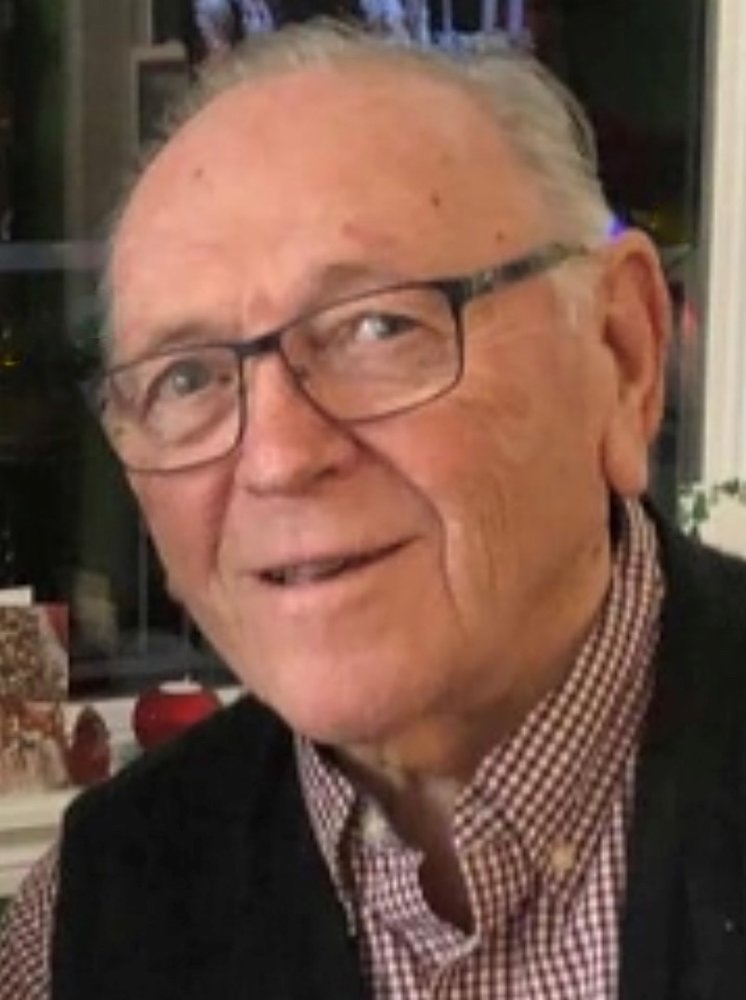 After a period of failing health, we announce the passing of William Robert “Bill” Leahy on Friday, May 28, 2021 at Bobby’s Hospice.  Born in Saint John, NB on July 19, 1933, he was the eldest son of the late Emily G. (Quinlan) (Leahy) Doucette and Arthur Timothy Leahy and stepfather William Arthur Doucette.

He was predeceased by his wife of 63 years, Mary (Daley) Leahy; his parents; his brother, John “Jack” Arthur Leahy and son-in-law, Andrew Terris and many other extended family members.

Bill began his working career at the early age of 10 to lend support to his family upon the death of his father.  Work would be a theme throughout his life, as he took on many jobs on his road to entrepreneurship.  Spending time with the CPR in both Montreal and Saint John, Prudential Insurance and then to sales at Barnes Hopkins where he enjoyed learning the printing business and growing their market share. With growth comes change, and in 1976 he purchased Lingley Printing which grew into a successful business that won small business awards, grew the economy of Saint John and supported community in a variety of ways, until his retirement in 1998.

Along with being a proud business owner, Bill was active in the municipal, provincial and federal political scene being a staunch Liberal supporter, a past president and participant in many community organizations such as the Heart and Stroke Foundation of NB, Rocmaura Foundation, St. Patrick’s Society, Port Saint John, Saint John Industrial Parks, Saint John Executive Association, Thistle St-Andrew’s Curling Club, Riverboat Classic (1st Captain) and the Bill Byrne Junior Curling Bonspiel.  Bill enjoyed and cherished his many friendships made through all his endeavours and always spoke with delight and passion while recounting those stories and memories.

Building his beloved Lake House at the age of 83 was a challenge he happily took. He was lucky enough to have two years enjoying that view with Mary and another two hosting many family and friends making every day count, sharing lots of laughter, reminiscing, cheering the Habs and Red Sox, celebrating being Irish and always being an ambassador for Moosehead.

The family wish to sincerely thank Dr. Postuma, KV Extra-Mural and Bobby’s Hospice for the excellent care received through this journey.  Special thanks to Tammie, Eric and Rosie Turner for so much love, laughter and fun; Allie, Jon, Maddie, Oscar and Stout for all the visits and treats; Noel Cusack for her friendship and caring and many other friends and neighbours for assisting us to support Dad at the Lake House as long as possible.

Arrangements are under the care of Brenan’s Funeral Home, 111 Paradise Row, Saint John, NB, (506) 634-7424, with visitation on Wednesday, June 2, 2021 from 3:00 pm - 7:00 pm.  Guests are asked to enter the funeral home by using the courtyard doors, where staff will greet and assist you with COVID-19 protocol.  The Mass of Christian Burial will be celebrated at St. Joseph’s Church, Loch Lomond Road on Saturday, August 21, 2021 at 10:00 am, with the hopes that family members from outside New Brunswick will be able to attend.  A notice will be posted later in August as a reminder.

For those who wish, donations in Bill’s memory may be made to the H.O.P.E. Centre, Bobby’s Hospice the Rocmaura Foundation or a charity of the donor’s choice.

May God have mercy on his soul and all the souls of the faithful departed.

Share Your Memory of
William "Bill"
Upload Your Memory View All Memories
Be the first to upload a memory!