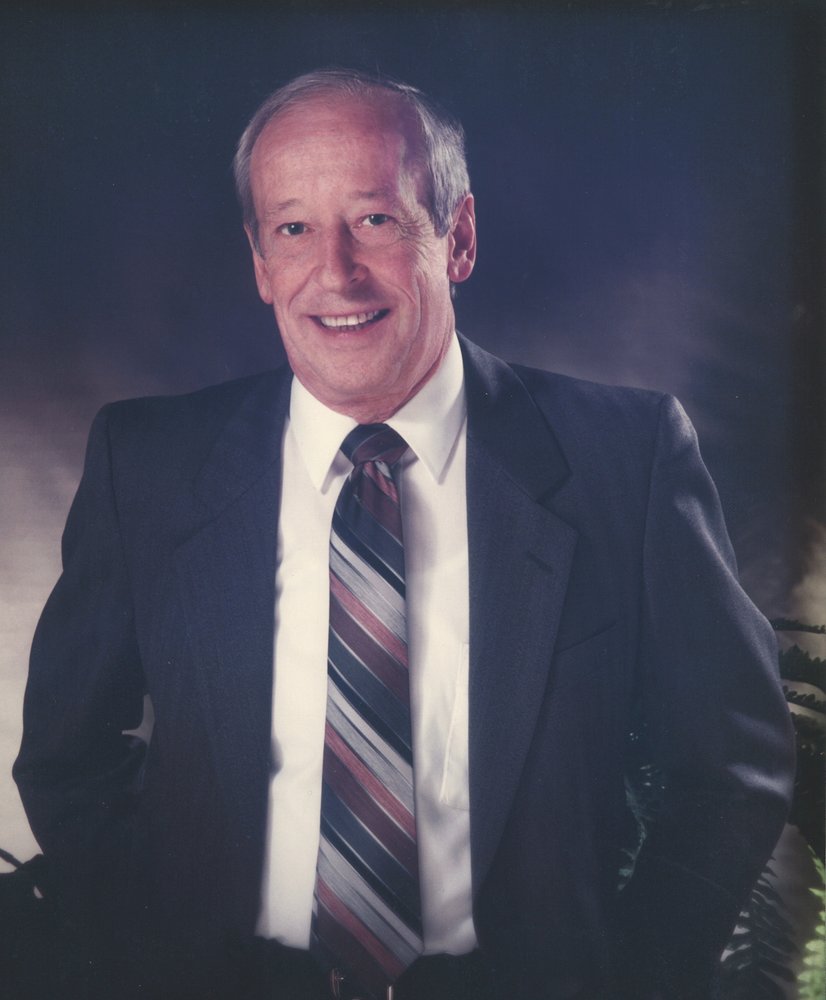 It is with heavy hearts that the family of Edward Charles Mackie, loving husband of Barbara Mackie, announce his passing on Monday, May 31, 2021, at Shannex Embassy Hall in Quispamsis. Born on September 20, 1929 in Saint John, NB, he was a son of the late George and Cecilia (Parent) Mackie. He was the last surviving member of his immediate family.

Ed joined Thornes in 1964 and held a number of senior management positions with the firm and was the General Manager when he retired in 1996. Ed was a former board member and treasurer of St. Mark’s United Church in Saint John. He was also a past director of the Canadian Association for Community Living, a member of the Saint John Board of Trade and was actively involved in several industry related associations. Dad loved the water and the Saint John River system. He and mom spent a lot of time boating. In his younger days he and mom loved to travel. Dad was a very good photographer and was very proud of  his framed photos. Dad’s greatest love was mom, his kids, grandkids and great-grandkids. Family was the most important thing to him.

In addition to his parents, Ed was predeceased by his sisters, Lillian and Hilda and his brothers, George, Alexander, Donald, Robert and Leslie.

Arrangements are under the care and direction of Brenan’s Funeral Home, 111 Paradise Row, Saint John, NB (634-7424) with visitation on Thursday, June 3 from 2-4 and 6-8 PM. A funeral service will take place on Friday, June 4 at 11:00 AM from St. Mark’s United Church, 50 Dexter Drive, Saint John. For those unable to attend, the funeral can be viewed via Livestream on Ed's obituary on Brenan's website. A private family interment will take place in Cedar Hill Ext. Cemetery. For those who wish, remembrances may be made to St. Mark’s United Church or Romero House. www.BrenansFH.com.

Share Your Memory of
Edward
Upload Your Memory View All Memories
Be the first to upload a memory!