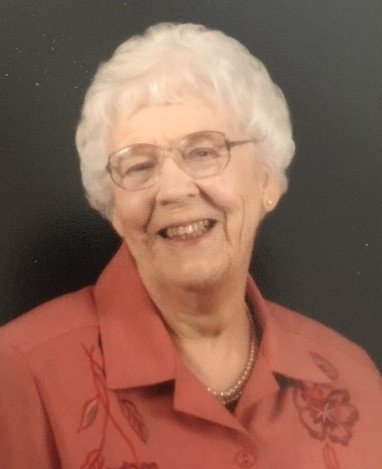 It is with heavy hearts we announce the passing of Muriel B. Perro, who passed away peacefully on June 6, 2021, in palliative care at Rocmaura Nursing Home, at the age of 99. Born in Halifax, August 1, 1921, she was the daughter of the late Jessie (nee Brady) and Donald McDonald.

Muriel lived in many different parts of Nova Scotia and New Brunswick before finally calling Saint John and Belle Isle Bay home, she also made Panama City Beach her winter home for many years.

Muriel was predeceased by her husband and best friend Henry, sisters Eileen and Jean and her closest and dear friend Grace Copp.

Special thanks to all the nurses and support staff at Rocmaura Nursing Home in Saint John, for looking after Muriel in her final days. A special thank you goes out to Sandra Preshyon who was there to comfort Mom in her final days; the family will always be deeply grateful.

Arrangements are under the care of Brenan’s Funeral Home, 111 Paradise Row, Saint John, NB (634-7424). Due to Covid restrictions the body has been cremated and a family gravesite service and burial will take place at a later date in Saint John.

Share Your Memory of
Muriel
Upload Your Memory View All Memories
Be the first to upload a memory!