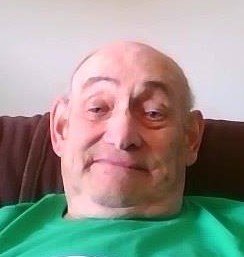 It is with heavy hearts that the family of Edward Gerald Malcolm announces his passing, which occurred on Tuesday, July 15, 2021, at the Saint John Regional Hospital surrounded by the love of his life Gail (Love – Sloan) of 39 years. Born in Henderson Settlement on November 4,1946, he was the son of the late Murray and Dorothy (Smith) Malcolm and Stepfather Hazen Sherwood.

In addition to his parents, Edward was predeceased by his first Wife Christine MacFarlane.

Ed graduated from Saint John Vocational School specializing in the Sheet Metal Trade. Shortly after graduation Ed joined the Royal Canadian Navy and later worked in law enforcement in Toronto and Saint John. He was a sheet metal worker by trade and worked at the Saint John Shipbuilding Dry Dock Ltd. helping construct the Frigate Ships and the Hibernia Oil Rig program. Upon completion of this program, he had to retire early due to health issues. Ed has also worked many other sheet metal and roofing jobs. Ed was a jack-of-all-trades. He did body work, painting and fixing vehicles and was especially proud of his boys when they started working in the same trade, sheet metal and roofing trade.

Ed's hobbies included fishing, hunting, playing darts, listening to all kinds of music, especially country music and most of all spending time at their camper trailer at White's Cove on Grand Lake with Gail. Special thanks to the Adamson family for letting us park our trailer on their property. That was one of the highlights and joys of his life. He was  loved and will be extremely missed by his family and friends

Ed was also a Boy Scout and was in the Reserve Navy during his school years.

Ed played darts for many years for the Saint John District Dart League and the Kennebecasis Dart League. He also played house darts at Royal Canadian Legion Branch #’s 2 and 58. Ed's favorite sports teams were Toronto Maple Leafs and the Toronto Blue Jays. He also boxed while serving in the navy.

Ed’s family extends a special thank you to our family doctor, Dr. Sarah Caines and her staff. She often said that Ed had more lives than a cat because of everything he had to endure since his early retirement.

Arrangements are under the care of Brenan's Funeral Home, 111 Paradise Row, Saint John, NB (634-7424). In keeping with Ed’s wishes, no formal services will be held. Donations may be made to the NB Lung Association, Heart and Stroke Foundation or Diabetes Canada. Online condolences may be placed at www.BrenansFH.com

Share Your Memory of
Edward
Upload Your Memory View All Memories
Be the first to upload a memory!